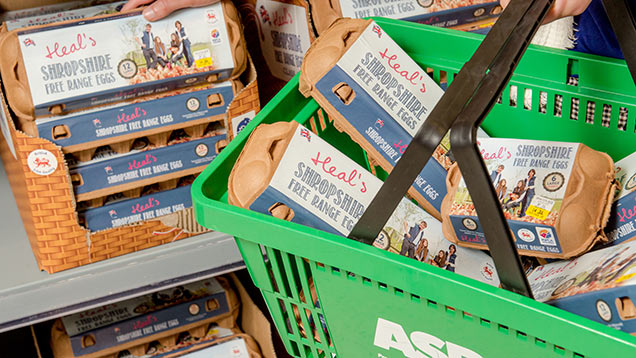 More than half of the public always buy free-range eggs and a further quarter regularly purchase them, according to the results of a OnePoll survey of 2,000 adults last month.

The survey, carried out for the British Free Range Egg Producers’ Association (Bfrepa) to coincide with British Egg Week, found 52% of respondents said they always bought free-range eggs and 28% said they regularly shopped for them.

Bird welfare and support for farmers were key reasons given for buying free-range eggs.

Myles Thomas, Bfrepa chairman, said he was delighted such a large number of people were now looking for free-range eggs regularly.

“Free-range egg producers work really hard to produce a great-tasting egg that is nutritious, safe to eat and has fantastic welfare benefits for the hens that lay them,” he said.

As part of British Egg Week, the Love Free Range Eggs campaign (supported by Bfrepa) has produced two videos that look at a day in the life of a chicken and a day in the life of David Preece, poultry manager at the 2,000-head laying flock at the Benham Estate, Newbury, which sells to Waitrose.

A day in the life of a free-range egg farmer

The most recent Defra UK egg statistics, covering the second quarter of this year, showed sales of free-range eggs topped 3m for the first time for a number of years, out of total sales of 6.9m.

British Lion eggs has created six classic egg recipes with a twist to celebrate British Egg Week, with the collection being featured in a range of consumer magazines.

However, animal welfare groups took the opportunity to highlight the number of hens still being housed in enriched cages.

Isobel Hutchinson, Animal Aid campaigner, said much of the public were under the impression that all caged systems had been outlawed and she urged consumers to switch to vegan options, saying there was a growing range of egg-free foods available in supermarkets and health food shops.