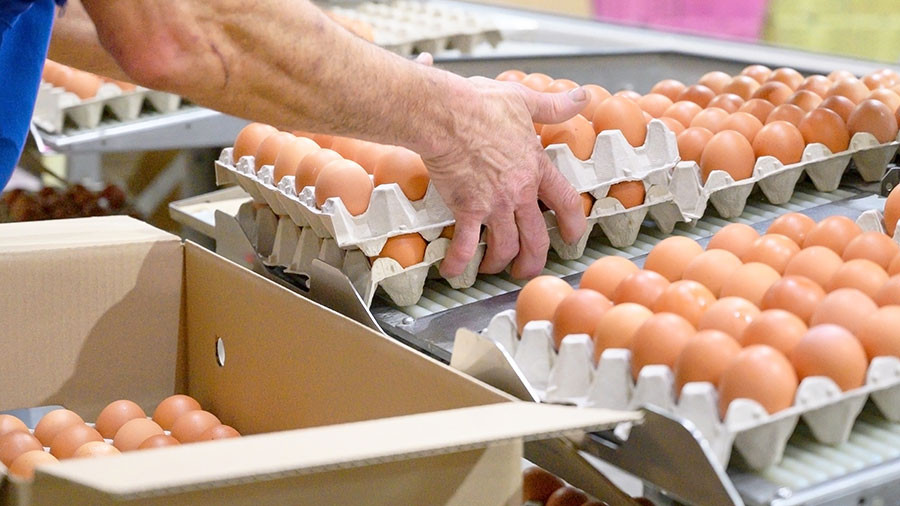 Egg producers are demanding a 40p/doz price increase from retailers, passed back down the supply chain, to “avert a catastrophe” in sector.

The warning comes from organisations representing egg producers, packers and chick suppliers, which have all been hit hard, both by rising costs and the country’s worst ever outbreak of avian influenza.

According to the British Free-Range Egg Producers’ Association (Bfrepa), a huge number of free-range egg farmers are losing money on every egg laid, with many on the brink or expected to go bust in the next six months.

See also: How to match nutrition to layer potential

Bfrepa chief executive Robert Gooch said: “For months we have been raising the desperate situation with all the major retailers, and they have all ignored the perilous position their farmer suppliers are in.

“We contacted Asda, Sainsbury’s, Morrisons, Tesco, Waitrose, Lidl, Aldi and Marks and Spencer. Not a single reply was received.

“There have been small rises in the price of eggs in shops, but that money has evaporated before it gets to the farmgate. It’s the same old story of the farmer at the bottom of the chain being the last to see any price rise.

“If something doesn’t change, these farms will close.”

These views have been endorsed by umbrella organisation the British Egg Industry Council (BEIC), which also warns that hundreds of farms will go out of business if returns do not significantly improve.

Feed increases are at the forefront of the surge in costs, says the BEIC, exacerbated by the war in Ukraine, which has added 25-30p/doz in feed costs, on top of more expensive pullets and energy, and the well-reported labour shortages.

“The tidal wave of cost increases will see many family farms, some of which have been producing eggs for generations, going under in a matter of days, unless something is done quickly,” said BEIC chairman Andrew Joret.

What are the key cost challenges?

The British Egg Industry Council has set out the main inflationary drivers that mean most egg producers are now operating at a loss:

The BEIC has therefore written to the chief executives of all the major UK retailers to communicate that unless urgent action is taken in the next two weeks, the normal supply of British eggs to consumers is under severe threat.

But there is little sign of any price movement yet, with Tesco and Sainsbury’s offering large eggs at £2.10/doz and £2.15/doz this week – the same as they were a month ago.

The risk to the whole poultry sector has also been spelled out by hatchery company Joice and Hill Poultry, which, in a letter to retailers, explains that chick placings are already in steep decline.

“Due to the speed and scale of rising costs facing egg producers, we are seeing a startling fall in chicks being placed by the industry,” it said.

Defra figures show that the UK national flock will have dropped to fewer than 37m birds by July – down 10% compared with where they were just over a year ago.

“On top of this, about 1.5 million hens have been lost due to avian influenza. The drop in chick placings will continue to bite production levels for the coming months.”

Dan Brown, who has 44,000 hens in Suffolk, has been farming for 18 years, but says he will be “in serious trouble” if the situation doesn’t change in the next six months.

“Add in a labour increase of 10% and we are probably losing about 2-2.5p on every egg laid on the farm.

“Realistically I should cancel the next flock, but farming is a long-term game and the eggs are already in the incubators waiting to hatch, so we are already committed.”

Tom Pope from Somerset has only been in free-range egg production for six months and says the situation is dire.

He said: “The feed price alone increasing by £100/t adds 20p to the cost of producing a dozen eggs on the farm, and every consumer will have heard about the energy price rises that are about to hit.

“My business needs a price rise now, in addition to keeping a tracker condition on the feed price, which goes up and down with the market.

“The alternative is having to go it alone and sell eggs on the wholesale market to survive, but that’s not what I want to do.”