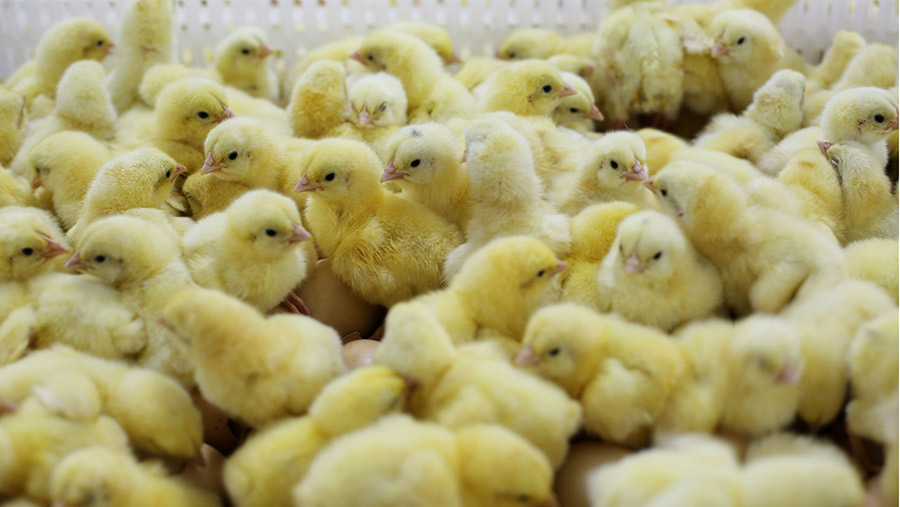 The UK egg sector says French and German plans to ban the culling of day-old male chicks are at best “ambitious”, though it acknowledges there is a consumer perception issue that needs to be addressed.

The comments follow news this week that France and Germany are looking to ban the practice within two years, as well as outlawing the castration of male piglets without anaesthetic, as they seek to improve animal welfare.

See also: Is now the right time to go into poultry farming?

“The aim is to oblige firms to do this by the end of 2021,” French agriculture minister Didier Guillaume told a press conference on Tuesday 28 January. “We need to find a method that works on a large scale.”

But, according to one leading UK hatchery boss, the development of commercial scale technology to sex embryos in eggs before they hatch is still at an early stage.

“The biggest question is one of accuracy,” he said. “We hear reports of in-ovo sexing at only 80-90% accuracy, so that potentially leaves 10-20% of male chicks which would go out to pullet rearers, which would then have to be identified and disposed of.”

Sexing embryos in-ovo, which involves puncturing the shell to take fluid samples, could also compromise the health and welfare of the developing chick – both male and female – he added.

“An egg is a perfect embryonic chamber, so anything which damages it represents a risk. If there is reduced hatchability, that results in increased cost.”

There is also a question over the extent to which an embryo can still feel pain – even at 10 days. The alternative of gassing day-old male chicks is arguably more welfare friendly.

According to the British Egg Industry Council (BEIC), the disposal of male chicks in UK hatcheries is carried out “quickly, painlessly and humanely” using argon gas.

This is performed in accordance with a code of practice approved by the Humane Slaughter Association, and is monitored by both the Animal and Plant Health Agency and the RSPCA.

The BEIC also dismisses the idea that male chicks are a waste product.

“In the past, male chicks were used for poultrymeat, but the broiler industry has now developed specific strains of chickens which grow quickly, and the male chicks from egg-laying breeds are not suitable,” said a statement.

“They are instead used as a valuable source of food for other species, such as reptiles and birds of prey. The demand from both zoos and private owners is such that approximately 30% of the chicks required are imported from other countries.”

Despite this, the BEIC says it is “excited” by a number of projects across the world into embryo sexing, including a German project where sexing takes place in ovo, and Canadian research using camera technology before fertile eggs are incubated.

The UK currently produces about 80 million chicks a year, of which around 40 million are male.

Piglet castration, mainly done to prevent boar taint in entire finished pigs, is widespread in France, and is generally performed without the use of anaesthetic, explained a spokesman for the National Pig Association.

“While piglet castration is not totally banned in the UK, it is banned under the Red Tractor scheme, which covers 94% of UK pig production,” he said.

The practice was actually banned in Germany in 2013, but farmers there were granted a five-year transition period, which was subsequently extended for another two years.