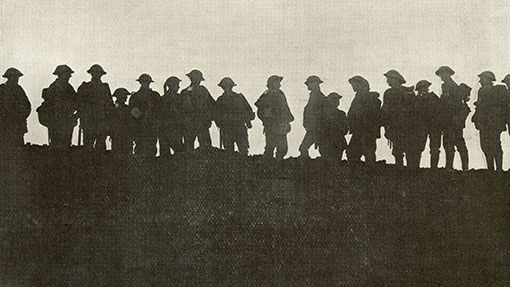 As the First World War loomed, The Poultry World stepped up to the plate, organising egg collection for wounded soldiers and sailors.

Eggs For the Wounded actually grew out of an earlier scheme, Hospital Egg Week, an annual event, which saw eggs collected nationally and distributed into London hospitals via the magazine’s offices in Fleet Street, with Poultry World meeting the cost.

But, as the rumblings of war echoed through the magazine’s pages, one poultryman warned that military hospitals were on the lookout for eggs too. “If required, practically all the new-laid eggs in the country – constituting as they do the ideal invalid food – should be placed at their disposal,” he suggested.


Poultry World rose to the challenge, motivated in part by a desire to launch a voluntary scheme that struck a chord with readers, rather than waiting for government legislation to force the issue.

Children were encouraged to write their names and addresses on eggs. One wounded soldier sent this poem by way of thanks:

“We thank you here, kind lady
For the nice eggs you have sent,
Our appetite they did restore
And we pray God you send more.
We all wish you may prosper,  And live the allotted span,
That is the prayer you have,
From many a wounded man.”
J Gibbs, 8th Gordon Highlanders, 18th general hospital, France

Long-standing columnist Will Hooley wrote that, in the face of war, it was a “national duty” to keep poultry. “It is in these times that the poultry keeper can show the nation the magnitude and importance of the industry,” he said.

By 28 August 1914, Poultry World had launched the National Eggs for the Wounded scheme, announcing: “Every British hen should be on active service.

“We want farmers to set aside one pen as a hospital pen, and the back-yarder to set aside two hens as hospital workers,” read the opening article. “All eggs laid by such fowls are to be given to the war hospitals.”

Then editor, Frederick Carl, outlined the measures that the magazine would take; to set up depots for collection, meet the cost for moving eggs to London and then on to base hospitals in the UK.

By Christmas, we reported that 70,000 eggs had been collected through 200 depots. Another article revealed that “the children of Nateby School, Garstang, Lancashire, have unanimously decided to give the money, which in other years has been spent on tea for their Christmas party to buy eggs for the wounded”.

In early 1915, an appeal was launched to grow the collection to 200,000 eggs a week. “If every reader of Poultry World sent but six eggs each week, we should far exceed the number aimed at.” By April, that target had been well met.

The National Egg Collection Scheme grew exponentially. It’s original goal was to collect a million eggs. In fact, by 1917, there were a million eggs a week being distributed from readers of Poultry World.