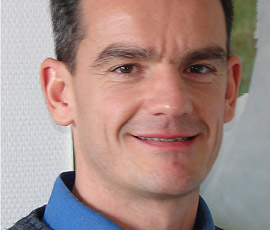 Based in Quintin, in Brittany, Mr Rochard is now in charge of the operational management of Hubbard SAS, reporting directly to Frédéric Grimaud, who will supervise the commercial management together with the business directors.

Having graduated as engineer in animal production, Mr Rochard has been working for parent company Groupe Grimaud since 1999 in different positions, including production director of a US-based subsidiary, followed by his role as general manager of duck and pigeon genetics outfit Grimaud Frères Sélection.

The move is part of a wider management shake-up. In the USA, Mark Barnes has been promoted from chief operating officer of Hubbard LLC to become the chief executive officer.

And in France, Yann Le Pottier, who was export manager of Grimaud Frères Sélection, succeeds Mr Rochard as the head of this company.

“All these changes are a positive move of Groupe Grimaud organisation relying on internal expertise,” said a statement. “These evolutions will allow the continued development of an independent group continuing an ambitious project with promising perspectives.”