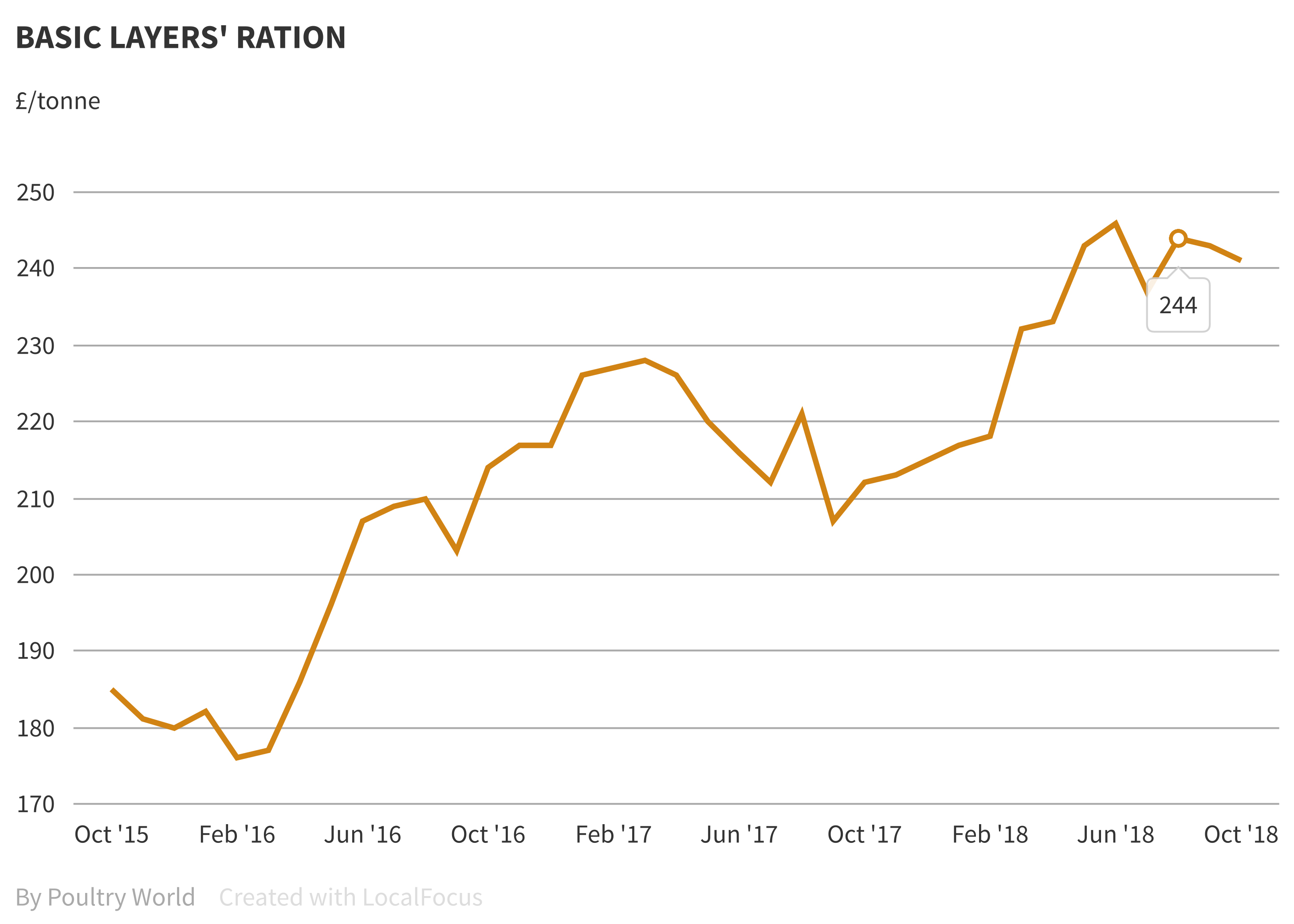 n fact both commodities have declined slightly, feed wheat by £1.20 /t during September, and soyameal by £3/t.

As a result, ration costs have edged a little lower, with our basic layers ration (top right) down by £2/t.

Producers will welcome a period of stability after a season in which wheat costs have risen sharply, and month-on-month, since the new year, gaining £30/t overall.

Meanwhile soyameal soared to reach a high of £393/t in the early summer, but is now back to where it started in February, at £318/t.

Hence in the course of this year to date, our basic layers’ ration after peaking in August, is now showing a net rise of £24/t since January.

So where from here? Prevailing trends are generally bearish both for wheat and soya. High global stock levels are ruling sentiment at present, particularly with stock estimates that are coming in at above expectations.

There is uncertainty on how Russian wheat exports will play out this season, and “as further reports are expected from the US, much of the grain trading world is waiting before reacting,” comments Humphrey Feeds.

At home, the company also predicts a ‘relatively tight’ end of season wheat balance sheet due to a smaller crop size than the last two years: “This year has seen an increased feed usage of wheat as a result of the summer drought, but on the other side of the equation, the closure of Vivergo wheat supply should release grain, but the relatively tight S&D will support prices in the longer term,” it predicts.

At the same time the tensions with China are ongoing and the destination of both old crop and new crop US soyabeans remains uncertain, comments AHDB.