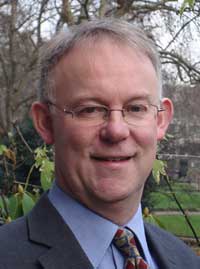 Stuart Andrews is set to take over the new role of veterinary manager at Pfizer Poultry Health for the UK and Ireland after the acquisition of the Fort Dodge Animal Health.

Dr Andrews joined Pfizer in 2004 as part of its animal products research and development team at Sandwich, Kent, and has worked in the area of disease control for the last 30 years starting with the State Veterinary Service at Bristol and Penrith before he moved on to the Central Veterinary Laboratory where he studied parasites and salmonella in poutry.

He holds an MSc in immunology and a PhD from Leeds University and has also worked on developing coccidiosis vaccines for poultry as well as on broader pig and poultry vaccines in Europe.

Dr Andrews is a local branch chairman of the British Beekeepers’ Association and a director of a charity called Bees Abroad, which works in promoting honey production to alleviate poverty in developing countries.