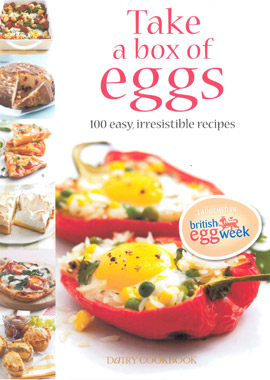 The BEIC has collaborated with Dairy Cookbook to launch a new cookbook for British Egg Week 2012 (1-7 October), to help people understand how to cook eggs.

It follows research which suggests a whole generation is growing up without knowing how to cook eggs.

You Gov asked 2,254 adults aged 18 plus questions about cooking with eggs. Results showed that 35% of adults aged 18-24 had never poached an egg, while 21% had never made an omelette.

Even more surprisingly one in six hadn’t scrambled an egg before, while 17% and 16% hadn’t fried or boiled an egg, respectively.

“These figures are really worrying,” says Andrew Joret, chairman of the British Egg Industry Council. “A whole generation seems to have missed out on basic cooking skills – yet many egg dishes can be cooked from scratch in less time than it takes to microwave a ready-meal.”

The cookbook, which is called Take a box of eggs, features more than 100 recipes, ranging from the basics of boiling, poaching and frying, through everyday staples such as tortilla and Quiche Lorraine, to the more adventurous goat’s cheese soufflés and Eggs Andalusia, as well as a range of classic desserts.

The book is the latest in the Dairy Cookbook series and each recipe has its own QR code, which can be scanned with a smartphone for an ingredients shopping list.

It is available via all milkmen and from www.dairydiary.co.uk for £9.99. During October, consumers can visit www.britisheggweek.com to buy the book at a discounted price of £7.49 and enter a prize draw to win one of 100 copies that are up for grabs.