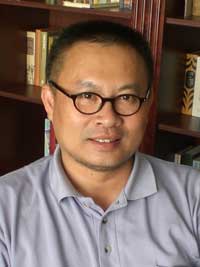 Noppadon Sukontarattanasook has been appointed product and technical manager for Novogen’s operations in the Indian sub-continent after many years working in operations in Thailand.

Mr Sukontarattanasook holds a Bachelor of Science in Agriculture from the Khonkean University in central north-eastern Thailand and has worked in the industry for almost 25 years.

Starting his career in 1988, Mr Sukontarattanasook initially worked on broiler and grandparent farms in China and Bangladesh. Since 2000 he has been worked for two major layer breeding companies as sales and technical service manager throughout Asia.

He is fluent in Thai, English and Mandarin Chinese. Mr Sukontarattanasook will be based in Thailand.