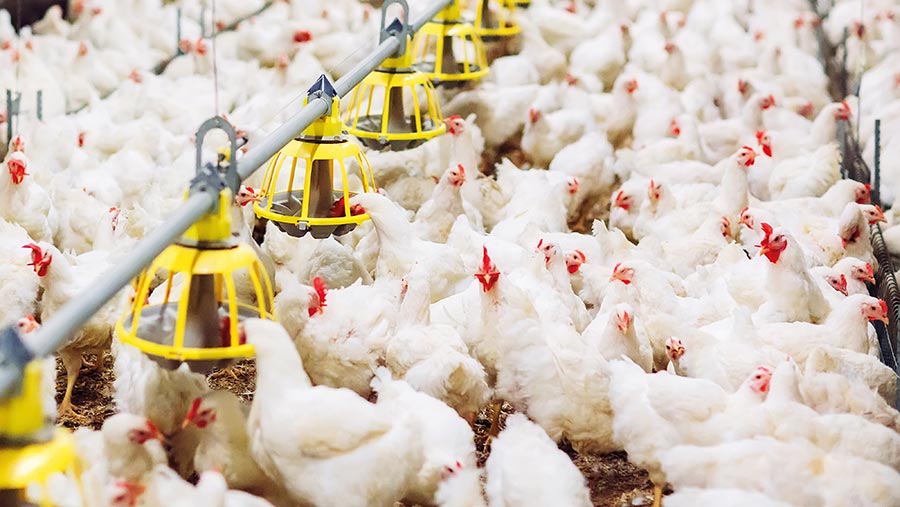 With feed prices hitting record highs, poultry producers must focus on understanding the birds’ nutritional requirements and getting the most out of every gram of feed to reduce the impact on profitability.

Opportunities to pass the increased production costs on to the consumer are limited, so businesses must examine nutritional strategies that will help maximise returns, says poultry nutritionist and author Rick Kleyn.

But he warns that any decisions to change rations must be made with expert advice and based on maintaining profit margins.

See also: How a layer producer is cutting carbon footprint with maggots

“Making changes based on cost alone is fraught with danger. Stripping back diets in a bid to lower the cost may not yield the desired outcome in terms of profitability,” says Mr Kleyn.

Technical performance, like feed conversion ratio (FCR) or performance efficiency factor (PEF), should be used as a guide when making changes, but ultimately decisions must be based on returns or profit, he says.

Here are his four core management focus areas for ensuring flocks are making full use of feed.

Bird genetics are key to feed utilisation and requirements for nutrients.

Modern broilers have lower overall energy needs, because they are faster growing and lower maintenance.

But protein requirements have increased, due to faster relative growth rates and the development of larger breast muscles.

As a result, breeder recommendations for broiler diets are higher in protein content and relatively lower in energy than they were historically.

But this has led to a dependence on high-cost protein ingredients.

Protein levels are, therefore, the focus of attention in broiler ration formulations.

Proteins are made up of hundreds or thousands of smaller units called amino acids.

Modern broilers respond strongly to increased intakes of amino acids, and nutritionists are finding that increased levels are cost-effective.

But as inclusion rates rise, the efficiency of utilisation is reduced.

Reducing crude protein (CP) levels can help improve the efficiency of protein utilisation and reduce the wasteful expenditure of energy used to break down surplus protein.

However, it can be difficult to make hard and fast recommendations when it comes to deciding on which protein levels should be used.

There is a risk that a reduction in crude protein (CP) can result in not enough amino acids to support growth and the ideal protein profile may be altered in lower CP diets.

It could be possible to reduce CP by 2% to 3% from 21% to 18.5% in broiler diets. This would depend on the cost and availability of synthetic amino acids.

It is easier to achieve this in maize-based diets, or in diets that contain some animal protein.

Reaching mature mass as fast as possible is strongly correlated with overall feed efficiency and profitability, and feed intake is the cornerstone of modern broiler nutrition.

Without optimum feed intake, flockkeepers will never achieve good growth rates, no matter how good the feed is. The target is for a bird to eat 10% of its bodyweight a day in dry matter.

Intakes begin with bird behaviour – both social and feeding – and are further controlled by bird physiology, which is affected by factors such as gut health and chick quality.

Management is also important, and access to feed and water, as well as the presentation of the feed itself – for example particle size – are all elements that can limit feed intakes.

Gut health, particularly in the absence of medication, plays a fundamental role in maximising nutrient and energy uptake.

There are several areas to focus on with the help of the farm vet and nutritionists.

Maintaining the status of absorptive cells, called enterocytes, is central to a bird’s ability to draw nutrients from its diet.

Uptake of nutrients can also be enhanced by controlling parasitic infections such as coccidiosis, supporting gut microbial diversity and reducing gut inflammation.

To aid this process, the management of anti-nutritional factors (ANFs) should be a key consideration.

ANFs are substances which by themselves, or via their metabolic products, affect health and production and can interfere with nutrient utilisation.

One example of ANFs is beta-mannans. These are commonly found in vegetable feed ingredients such as legumes, but also in cereals, adding to difficulties when trying to find alternative proteins.

Beta-mannans are long-chained molecules that cannot be broken down in the bird’s gut and stimulate an immune response.

Because the molecular structure of beta-mannans is similar to that of certain pathogens, the immune system often mistakenly recognises them as a potential infectious challenge.

This in turn triggers a reaction known as feed-induced immune response (Fiir).

Young chickens are very vulnerable to the ill-effects of Fiir and gut inflammation and, as a consequence, nutrients are diverted from production to fuel this immune response.

In addition, an inflamed intestine has a compromised ability to absorb nutrients.

Very low beta-mannan concentrations are needed (0.20%) to trigger the immune system, making it a common issue in poultry production.

The problem can be counteracted by the inclusion of beta-mannanase, an enzyme that removes the ANF and prevents the immune response, thereby supporting better performance and welfare.

4. Look carefully at other ingredients

While alternative ingredients may offer some potential to offset the higher price of feed, at this point in time there are limited options and few new ingredients are available at a scale and price that makes them attractive.

Those considering other ingredients should exercise caution. Less commonly used ingredients are not as well understood and there may be risk involved in their use.

The true dietary contribution – digestibility, for example – may not be known, making rations difficult to formulate.

Insects as an alternative protein 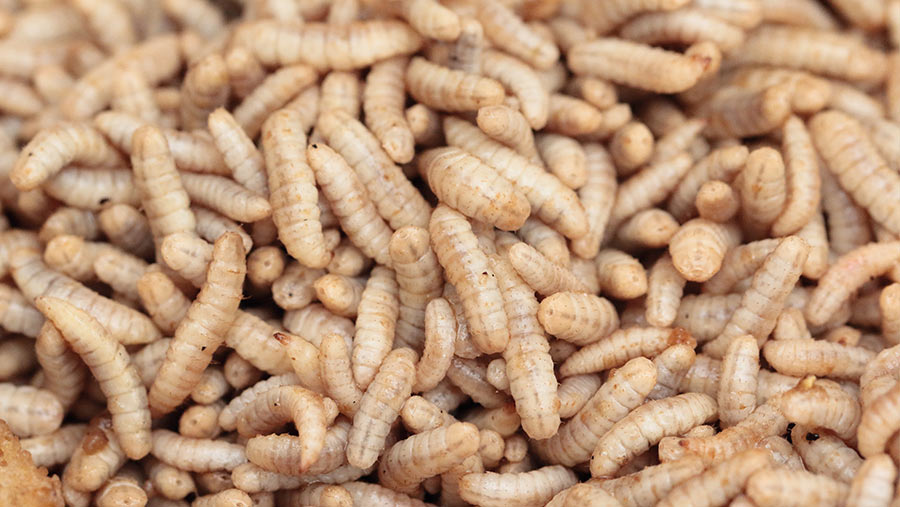 The poultry industry is increasingly looking at alternative protein sources to offset the high cost of soya.

Among the options, insect protein is emerging as a potentially cost-effective choice.

One insect genetics company, distributing black soldier fly breeds from its Edinburgh base, claims feeding insect protein to poultry will be the norm in the UK within five years.

The protein aids strong growth rates, and the oil derived from the process boosts gut health.

Using less soya in the ration helps the industry to reduce its carbon footprint – environmental benefits that retailers are keen to advertise.

Tesco has opened an innovation fund to reduce emissions, and this includes animal feed, and Morrisons is rolling out live insects as a supplement in layer diets this year.

“Growing insects is similar to running a chicken shed, with the same systems of temperature control, feed and environment,” says Mr Farrugia.

“The only difference is you have millions and millions of livestock.”

Insects are hugely efficient with a 5,000-8,000% increase in mass – equivalent to a rabbit reaching the size of an elephant in two weeks.

After delivery on-farm, the eggs hatch into larvae and grow rapidly from day five to 14, at which point they are ready to use.

The larvae are housed in crates in environmentally controlled rooms, as they need a stable environment at 70% relative humidity and a temperature of 30C.

That takes a lot of energy, so installing air scrubbers will recover the heat and recycle it into the building while reducing ammonia emissions.

“We’ve been shocked by the take-up in the past year. We think growth will be fiftyfold in the next 10 years; there’s no question it will become mainstream,” he says.