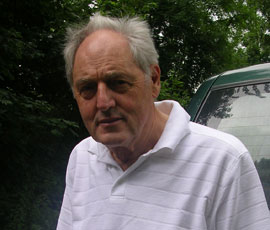 Independent broiler breeder Brian Emery died peacefully at his home near Southampton at the end of March with family present after succumbing to cancer.

Brian grew up on a mixed arable/livestock farm, but during his National Service went on a job training programme that included rearing poultry. He bought his first birds in 1955 and ran his business right to the end, 57 years later.

He built his first dedicated farm in the early 1960s, adding a feed mill in 1972, and was once the largest independent broiler breeder farmers in the country, with farms along the south coast.

Brian was a forward thinker and early innovator, trying new techniques in controlled feeding and trialling the first auto-nests. One of his highlights was the development of the Aviary Project in the 1970’s with ADAS and Gleadthorpe, which was arguably a forerunner of the multi-tier “alternative systems” of today.

He founded the Emery Rees Feed Performance Cup, gathering data from breeder flock farmers that the mill supplied to produce a very entertaining prize-giving evening once a year.

Believing in retaining quality staff, his farms are frequently near the top of the chick per/bird league tables. He was also a member of the poultry committee of Hampshire NFU for a number of years.

Those that knew him say that the breeder sector owes Brian a huge debt of gratitude for his pioneering work. His wife Diane and her step-daughter, Felicity continue to run the business.