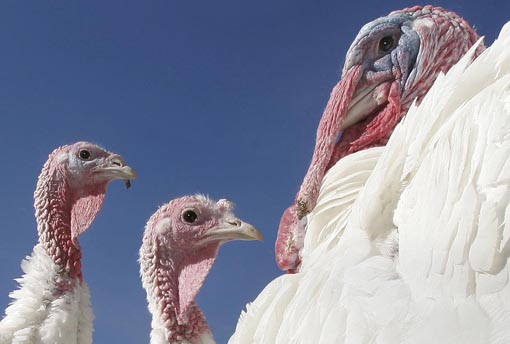 Consumer concern over the misuse of antibiotics in animals was something that the poultry industry “would ignore at its peril”, according to Stephen Lister of the Crowshall Veterinary Practice.

“One of the most contentious issues is the part played by the use of antibiotics in animals, on the emergence of multiple resistant strains in the human population,” he said.

Consumers had voiced concern over the use and abuse of antibiotics for some time, he said, and the poultry industry was often accused of contributing to the development of superbugs.

“Some of these concerns lack facts and focus, due to misunderstanding and some degree of misinformation from critics of intensive farming,” he added.

Consumer criticism centred on the belief that the industry was constantly drip feeding its poultry in a totally uncontrolled manner.

Apart from leading to the production of resistant superbugs, it was often believed that such antibiotic use also led to the presence of harmful residues in poultrymeat and eggs.

There was also the view that antibiotics contributed to poor animal welfare, by allowing birds to survive in less than optimal conditions. “In fact the true situation is far less alarming,” said Mr Lister.

It was a fact of life that the use of antibiotics in animals would lead to resistance, just as antibiotic use in humans will contribute to the development of resistant organisms in the human population.

“Blanket over-use of antibiotics aids natural selection of resistant populations – it is just a numbers game over time.”

It was accepted by scientists in the field that the majority of antibiotic resistance in humans was the direct result of use in treating humans, not animals.

Despite this, there was a need to “invoke the precautionary principle in animal use,” said Mr Lister.

To ensure the future availability of antibiotics for animal use, all those involved in the supply, procurement and usage of these products should act responsibly.

Turkeys, like all farm animals, needed medicines, he emphasised. It was vital to use less antibiotic treatment overall, and to use it better.

Antibiotic treatment should be seen as only part of a collection of measures which included vaccines, biosecurity and achieving much higher standards of management.

Mycotoxins in rations could be more prevalent than often thought, leading to adverse effects in turkey flocks that were not normally diagnosed, suggested Andrew Robertson of Austrian nutrition company Biomin.

In particular, undetected mycotoxins could be the primary cause of unspecified intestinal problems that returned again and again after treatment with antibiotics, he claimed.

Mr Robertson pointed out that conventional testing methods for mycotoxins only identified specific levels of free individual toxins in the feedstuff. “However, it will not give you the whole answer, because many of the masked mycotoxins we cannot really identify.”

Masked or conjugated mycotoxins were those which were bound to soluble molecules such as glucose, starch or amino acids by the infected plant. The masking of mycotoxins was a defensive mechanism against the mycotoxin-producing fungus, in order to limit their toxic effect to the host, he explained.

The threat from mycotoxins was increased by two further factors. One of these was the additive or synergistic effect of two or more mycotoxins together, which led to toxic effects much greater than the individual levels would suggest.

The second was their immunosuppressant effect on the bird, which could result in poorer growth or increased mortality where an infection such as E coli was present.

Dealing with these issues required a “risk assessment” approach to the use of mycotoxin treatment in animal feed, appropriate to the actual challenge.

“In effect they do not allow the use of any of the on-farm culling methods as currently used in the UK for large turkeys.”

One of the methods used in the UK – the non-penetrative captive bolt – would, from 2013, only be considered as a form of stunning, and would have to be followed up by another procedure to ensure death. Under the new rules, it should also avoid fracture of the skull which was hard to prevent in practice.

The most common method used on UK farms was manual neck dislocation, but after 2012 this would not be allowed for turkeys over 3kg.