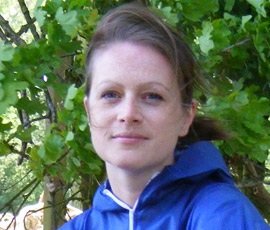 For the first time more than half the eggs produced in the UK are laid by non-caged hens, latest figures from DEFRA have revealed.

Animal welfare group the RSPCA has welcomed the news.

“Every time a shopper buys a box of Freedom Food, barn, free-range or organic eggs, they are sending a strong message that they care about animal welfare and don’t want hens to be kept in cages,” said the RSPCA’s senior scientific officer, Alice Clark.

In 1995 approximately 86% of eggs were laid by caged hens and only 14% were laid by hens kept in barn, free-range and organic systems.

But new figures show 49% of eggs were laid by hens kept in cages last year and 51% were produced in cage-free systems.

The RSPCA attributes the fall in caged production to:

• Compulsory labelling, which was introduced in 2004

• An increase in public awareness

• Some major supermarkets no longer stocking produce from caged hens

But market forecasts for 2012, from the British Egg Industry Council, show enriched cages are expected to continue to be the most popular system this year, making up 48% of the UK production market, closely followed by free-range at 45% and barn and organic at 4% and 3%, respectively.

Despite the ban on conventional cages coming into force on 1 January 2012, the RSPCA launched an attack on the new-style and legal “enriched” colony systems last month, branding them as “cruel” and likening them to “battery cages”.

The welfare group has cited a recent online survey from YouGov in their continuing effort to abolish all caged-systems in UK egg production.

Based on a survey of 1,189 people, the findings revealed 61% of people in England and Wales agreed cages should be banned.

“Things are certainly getting better and hopefully, one day, cages will be a thing of the past altogether,” Miss Clark added.

But the BEIC has hit back at the RSPCA’s claims.

“Everybody is entitled to their opinion. However, we would argue that the scientific research has clearly demonstrated that enriched cages are much more animal welfare friendly and allow birds to exhibit their natural behaviour,” said Mark Williams, BEIC chief executive.

He said only the market could influence future housing trends.

“Regardless of what the RSPCA says, the truth of the matter is the market dictates what the market produces.

“We respond to the market. The UK market is determined there’s a greater demand for non-caged eggs and egg producers have responded to that,” he added.