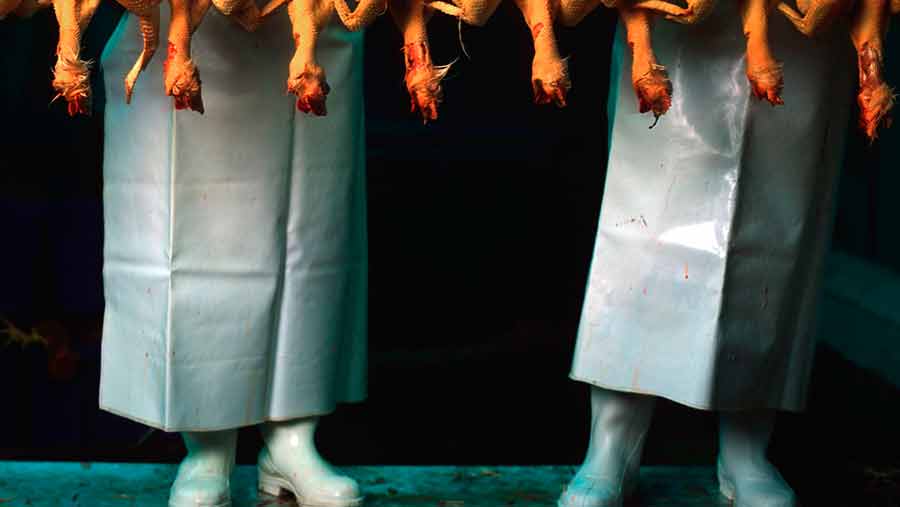 A new report has claimed workers in leading American poultry slaughterhouses are routinely denied bathroom breaks – leading to them urinating at their post, or even wearing nappies.

Oxfam’s American branch says it has uncovered poor conditions for employees of Tyson Foods, Pilgrim’s Perdue and Sanderson Farms, which together account for 60% of the poultry market.

The charity interviewed workers and found that the denial of access to toilets – in some regional surveys an issue cited by more than 80% of respondents – “offends their dignity most of all”.

As a result, Oxfam said people were routinely wearing diapers to work, or would refrain from drinking adequately to stave off the need for toilet breaks.

Minor Sinclair, director of Oxfam America’s US Program, said it was pressure to keep up production that led to poor employee standards.

“The supervisors do whatever they can to keep the line running at breakneck speed, and the companies turn a blind eye, as they’re racking up record profits.

“It feels like something out of ‘The Jungle,’ from a hundred years ago, but it’s happening right now. It just isn’t right.”

The full report, entitled No Relief, is based on three years’ research and hundreds of interviews.

Deborah Berkowitz, a senior fellow at the National Employment Law Project, said: “Poultry workers are some of the most vulnerable people in our country – most are minorities and immigrants, some are recently resettled refugees.”

Tyson Foods, which is named in the report, said it did not have evidence bathroom breaks were being denied and that working conditions were independently audited to ensure standards.

The firm added in a statement: “We value our team members and treat them with respect.

“If they need a restroom break, we have extra people who can fill in for them. We do not tolerate the refusal of requests to use the restroom.

“We’re concerned about these anonymous claims and while we currently have no evidence they’re true, are checking to make sure our policies on restroom breaks are being followed and our team members’ needs are being met.”

Perdue, Sanderson Farms and Pilgrim’s were not immediately available for comment.