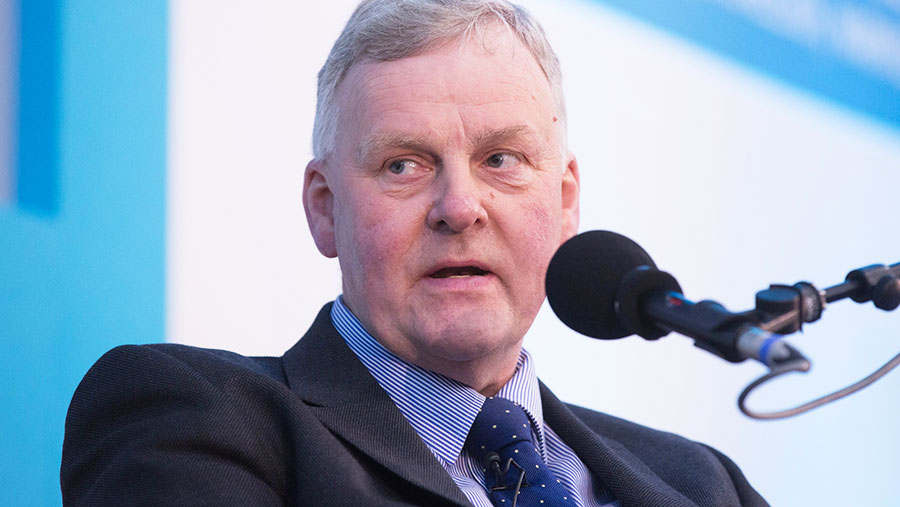 Pig and poultry farmers will lose the certainty of access to a market that buys 19% and 14.4% of their produce respectively, if Britain votes to leave the EU in June, delegates at the Pig & Poultry Fair were told.

Conversely, those in favour of leaving suggested farmers would have a greater say over domestic welfare legislation, regulation and red tape.

In a debate on the prospects of Britain leaving Europe for the unsubsidised pig and poultry sectors, James Hook, PD Hook Hatcheries, told the the current system worked well.

“I’m a firm believer in staying in Europe. What we have is working, and it has taken 40 years to get here.

“We have strong supply chains, and the big problem I have is nobody knows what we are going in to; it’s just a massive gamble. What we have today is certainty.”

He added that whether it was selling chicken to the continent, or employing European labour, his business could do so in a straightforward way, without a great deal of red tape.

On the opposing side of the argument, Stuart Agnew, an egg farmer and Ukip spokesman for agriculture, said the European project was failing.

He suggested the vast amount of trade we have with products such as French wine, Spanish meat and other foods would incentivise European countries to negotiate new, more favourable, trade deals.

“There’s a deal to be done here; not being in the single market isn’t the great tragedy we might think it is.”

He also alleged that welfare standards were not uniformly regulated across Europe.

And on beak trimming, Mr Agnew said: “You may think that issue has gone away, you may think it’s up to the UK, but there is a strong lobby in Germany to get an outright ban across the European Union.

“And if the Germans want something, they tend to get their way.”

Peter Kendall, AHDB chairman, told the debate that, as part of the EU, “we can have higher standards and lower prices. The only people who will pay the price is farmers and the rural economy”.