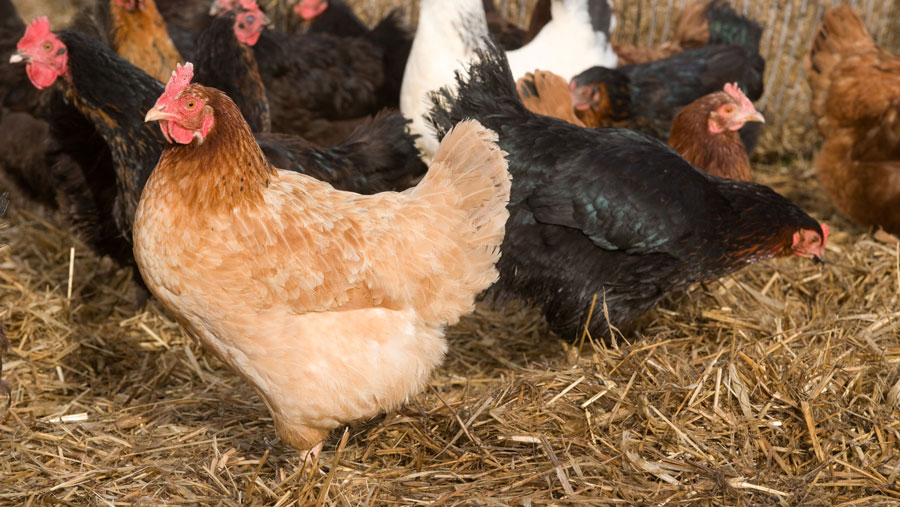 Poultry farmers and backyard keepers are being urged to step up biosecurity measures following an outbreak of a virulent disease in flocks in Northern Ireland.

The NI Department of Agriculture, Environment and Rural Affairs (Daera) has confirmed a number of flocks have contracted Infectious Laryngotracheitis (ILT).

The BBC reported that ILT has been detected on 16 farms in the province and infected 250,000 birds – the first outbreak of this disease in the commercial sector for more than 10 years.

See also: A step-by-step guide to cleaning your poultry shed

Ignatius McKeown, a veterinary officer at Daera, told the corporation it was a “nasty viral disease from the herpes group”.

Symptoms include coughing, sneezing, gasping for breath, loss of production and increased mortality. But there are no human health or food safety implications.

“It is a very infectious disease, this means it will rapidly spread if precautions aren’t taken from one flock to another,” he added.

Poultry farmers across the UK have been following strict biosecurity measures following an outbreak of avian influenza at the beginning of the year.

Measures brought in to control the spread of bird flu, including compulsory housing for poultry and captive birds, have been lifted, but poultry keepers have been advised to remain vigilant.

The Ulster Farmers’ Union (UFU) urged poultry keepers to review and heighten their biosecurity where necessary to prevent ILT spreading between flocks.

“ILT is extremely infectious. While the disease isn’t as life-threatening to birds as avian influenza, with flocks normally recovering after 10 days of infection, it can still impact a farm business significantly,” said UFU deputy president William Irvine.

“All movement in and out of bird enclosures should be minimised, clean footwear before and after visiting birds, keep farms clean and tidy, regularly disinfecting hard surfaces, and ensure rats and mice are controlled.”

The UFU said registration of all birds within Northern Ireland is key to controlling poultry disease outbreaks.

ILT is a notifiable disease and the authorities must be informed of any outbreak.

ILT – signs to look out for