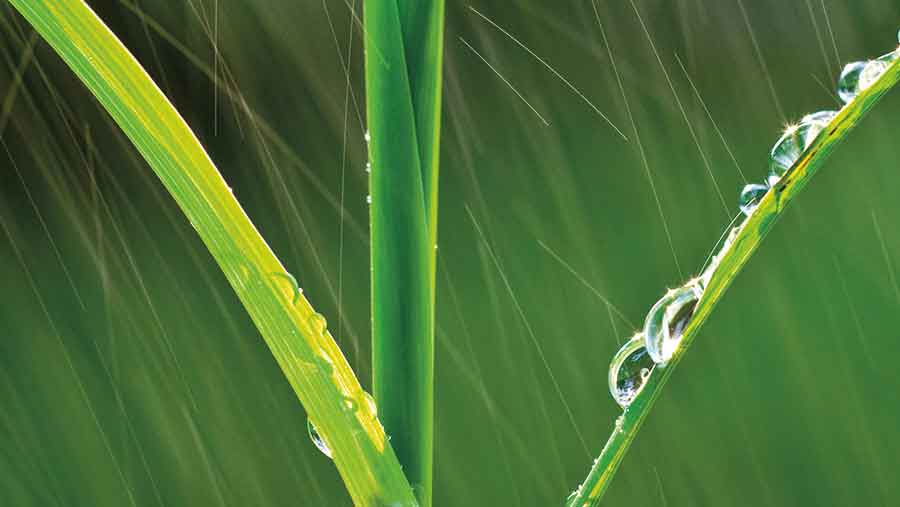 Water covers some 70% of the earth’s surface – an estimated 1.3m cubic kilometres. While that may seem like an abundance, just 2.5% is potable, useful freshwater.

Of that tiny portion, 70% is used by agriculture. Like other resources, human activity has placed pressure on its availability, according to Bruce Keith, president of the Chartered Institute of Water and Environment Management.

A billion people on earth do not have access to clean water. It is an “appalling statistic”, says Mr Keith, one that “must not rest easy with any of us”.

Population needs aside, the poultry industry is a significant water user. From the crops that feed birds, to the water they consume. Finally, in the slaughterhouse huge amounts of water are used to hygienically process birds.

Mr Keith is an optimist, suggesting the challenge of increased demand will be more than met by human innovation. He considers three areas important to improving availability: reducing usage; using the same resource more efficiently and creating more available water.

Fundamental dietary change could be one way to reduce usage. One estimate suggests moving to a largely vegetarian diet could reduce water use some 40% in developed countries.

But that’s not necessarily bad news for poultry farmers. “Chicken has a significantly lower water footprint than beef, lamb and pork, so as a substitute for these it can make a major consumption to saving water,” says Mr Keith. “Eggs offer exceptional water value too.”

For poultry feed, much of the potential lies in selecting varieties and crop types that require less water to grow effectively. Mr Keith explains that, in the UK, the laying industry alone consumes a million tonnes of cereals each year.

Genetic selection could provide less thirsty wheat and soya, but there are also crops that use water more economically. Grain sorghum is one such choice; deeper roots and slower flowering make it more tolerant to water stress.

Even diet formulations themselves have a role to play, as more digestible feed leads to less waste, and thereby lower water consumption.

Water is involved in every aspect of poultry metabolism, according to Mr Keith. It has a role in regulating body temperature, the maintenance of pH, digesting food and eliminating waste.

Breeding, too, will have a place to play in birds themselves, with the potential for requirements to be scaled back by selection. Genetics firm Aviagen is developing ways to monitor individual birds’ water consumption in its breeding programme, and expects this will lead to a “step change” in the efficiency of water consumption within a decade.

Management also plays an important role, according to Mr Keith. “Water consumption doubles or quadruples when the chicken is heat stressed.”

On the farm, there are tactics that managers can employ to cut their water consumption – laying hens require about 205 litres for every 1,000 birds each day.

Straightforward things like ensuring water pressure is correct and minimising leaks are both examples of things that can be done by poultry farmers today to contribute to the conservation of this precious resource.

So there is potential to make poultry, already an efficient user of water, even better at every stage of production. Mr Keith says the industry should “fully participate” in the debate.

“Not in a purely protectionist manner, but rather as a meaningful contributor in the use, management and development of the water resource.”

*The Temperton Fellowship is an award which grants an expert the opportunity to explore issues pertinent to food security, with a particular focus on the poultry industry. Copies of the full report are available from Harper Adams University and cost £15.