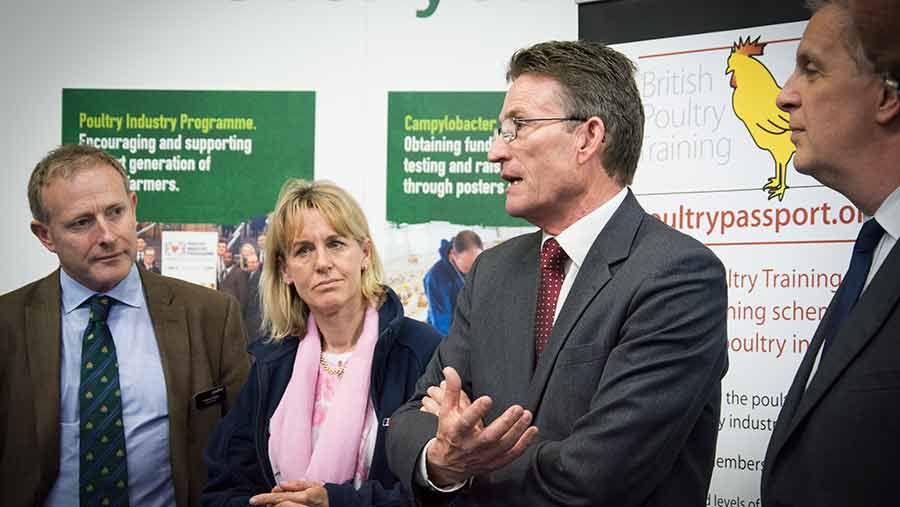 The successful “poultry passport” training scheme will continue for at least another five years, it was announced at the Pig & Poultry Fair.

After running the initiative for the last eight years, the four partner bodies that operate the scheme under the umbrella of British Poultry Training are signing a new five-year agreement to continue to build and develop the programme.

“Training underpins everything,” said BPT chairman John Reed. “The poultry passport has given us a means of recording that training which is good for the industry, for businesses and individuals.”

See also: Brush up on your poultry knowledge with Farmers Weekly Acadamy

“Since the initial launch, the scheme has been a huge success, with over 5,000 people across the sector joining up, including all the big poultry integrators. The poultry passport has become a byword for high standards in the sector,” he added.

The partners, the British Poultry Council (BPC), the NFU, Poultec and Lantra, originally came together in 2008. Under the scheme, individuals can develop their skills and knowledge to industry standards and recognised qualifications.  This is captured in an industry database that allows BPT to measure development across the sector and improve standards.

“We’d like to do more; we believe there are still a few more people we could capture into the scheme,” Mr Reed said.

“We’ve recently reviewed it to make sure we’re still fit for purpose, and we are delighted that we agreed last week that we would in fact continue.”

NFU Poultry Board member Nigel Joice said: “BPT is an excellent scheme as it gives individuals, no matter what size of farm they work on, the opportunity to develop their careers in the poultry sector whilst at the same time learning vital new skills.”

Andrew Brodie, human resources chairman at the BPC, added: “At a time when the need to engage young people with our industry and the demand for higher skills has never been greater, renewing our commitment to Poultry Passport for the long term is the right way to grow the reputation of the sector as a professional employer of choice.”