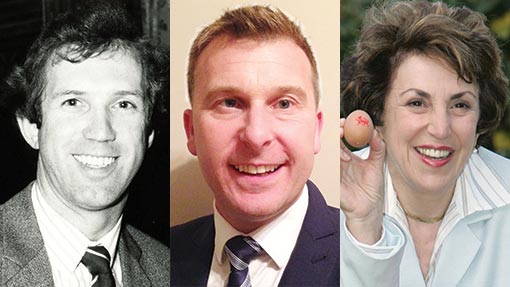 Whether it’s job hunting, industry promotion or cutting-edge reporting, one magazine has been at the vanguard for more than a century. Readers and leaders share their memories.

Job advert in Poultry World set me on my career path

It was the advert in a 1966 edition of Poultry World that set me off on a career in poultry.

The advert read: “Scientific assistant required for parasitology department for both laboratory work and in experimental animal unit. Poultry experience an advantage.”

As a 16-year-old farmer’s son with a keen interest in poultry, I was planning to apply to agricultural college when I happened upon this advert.

The position looked interesting and, although still in my first year of A-level studies, I applied, was appointed and started in January 1967, supporting the work on coccidiosis.

This was the first time the laboratory had used Poultry World for a science post. And I never looked back after being taken under the wing of Peter Long – later to become a professor – who was the perfect mentor for an enthusiastic teenager.

Thanks to the perfect circumstances of Peter Long choosing Poultry World as the advertising medium, I went on to have a fantastic career, leading research on avian coccidia and had the privilege of helping to introduce the Paracox vaccines and, more recently, being appointed director of the Institute for Animal Health.

So thank you Poultry World for getting me on to my wonderful career path.

I think the ad was in Poultry World in about April 1999.

I was 23, living in my home town of Diss, Norfolk, working as a plumber for CE Davidson’s, a local builder specialising in poultry housing.

One morning, along with the other tradesmen, we stopped for the morning papers at a local post office. While my colleagues reached for the top shelf, I looked lower down and happened to notice a copy of Poultry World. I thought: “Surely people don’t buy magazines about chickens?”

I bought the magazine and, flicking through it, saw an advert for a trainee salesperson at Yorkshire Country Feeds. Ignoring some chuckling from the others, I applied – and got the job.

Two years later, an opportunity came to move down to Devon.

On arrival, I was looking down the list of the customer service staff and noticed a girl called Anna Diss. Thinking I had a good ice-breaker, as she shared her name with my home town, I decided to dial her extension and give it a go.

Despite an initially cold response, I eventually wore her down. That was 12 years ago and we’re just celebrating our 10th wedding anniversary.

All from picking up Poultry World!

My relationship with Poultry World – and the world of poultry in general – has had its edgy moments. That is hardly a state secret.

Perhaps the worst experience was having a bird named after me in the animated film Chicken Run. I should have bought the original – it’d be worth a few eggs by now.

But seriously, I’ve been so impressed with the way the British egg industry has shouldered the responsibility of producing clean food in recent years, such that the Lion Code of Practice is recognised worldwide and egg sales now have reached their highest level since the 1980s. And that’s due in some part to the intelligent and objective reporting of the poultry media. We have a lot to thank Poultry World for.”