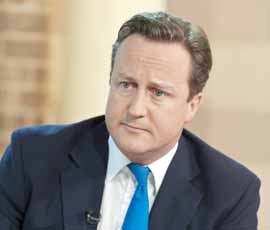 The British Egg Industry Council has written to Prime Minister David Cameron to urge him to support legally-produced UK eggs, in light of millions of hens still being kept in illegal cages in the EU, including a small number in the UK.

And with the news that the Czech Republic has banned the import of barren battery cage eggs from Poland, BEIC chairman Andrew Parker has reiterated his call for the government to ban illegal eggs and egg products from the UK.

“The Prime Minister’s positive comments on the recent Countryfile programme were very reassuring, but we must now have the action that goes with the words,” he said. “If the Czech government can enforce a ban on illegal eggs, why can’t we?

“We are hugely frustrated that there is wide-scale flouting of the Welfare of Laying Hens legislation across the EU and disgusted that a small number of non-Lion British egg producers are still using banned barren battery cages. This is not only illegal, but also grossly unfair on those British Lion producers who have invested some £400m to meet the new standards.

“It is imperative that the government recognises that it needs to act now. Proper checks need to be put in place to prevent the import of non-compliant eggs and egg products, and fast.”

Meanwhile, the BEIC has welcomed the support of MPs, consumers and even the clergy as more than 2,500 people have signed an online pledge at legaleggs.com to support the British egg industry and keep eggs and egg products produced from hens housed in illegal battery cages out of the UK.

“The response shows there is overwhelming support from the public for British egg producers who have done the right thing,” said Mr Parker.

To secure your next issue of Poultry World, why not subscribe online. And if you have a view on anything affecting the sector, share it with us in our Poultry Platform forum area.