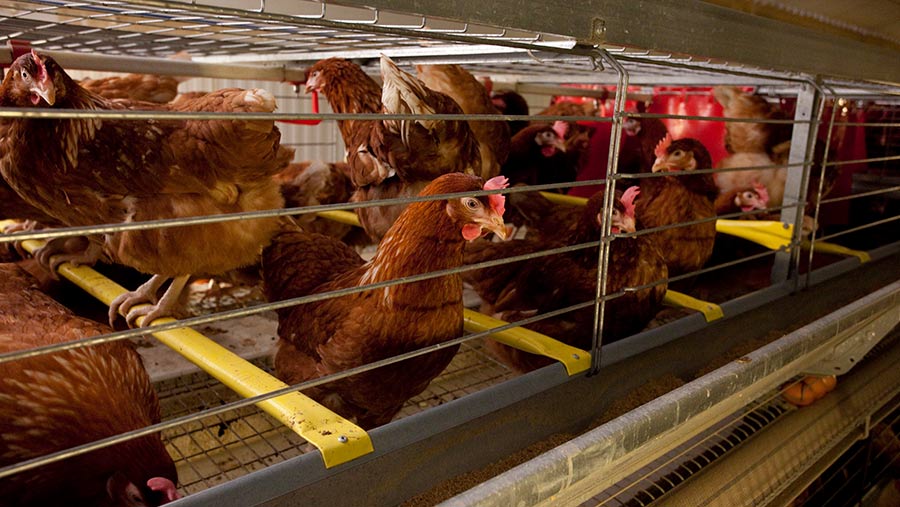 An attempt is being made by a Conservative animal welfare group to outlaw the use of enriched cages in egg production in the UK.

Conservative Animal Welfare Foundation (CAWF) patron Henry Smith MP has lodged a so-called “10-minute rule bill” in parliament on ending cages for laying hens, which will be debated by backbench MPs on 22 September.

The bill is informally known as “Beatrice’s Bill” after a rescue hen, which is at the centre of a new campaign, co-ordinated by CAWF and The Humane League, aiming to end cages for egg-laying hens.

It follows a report compiled by CAWF last November, which concluded that, on balance, there would be more positives than negatives for laying hens.

“A ban on cages would allow laying hens to express more of their natural behaviours, including nesting and dustbathing,” it said. There would also be less “caged-layer fatigue”.

The report did note a number of challenges from a move to cage-free systems, including higher rates of cannibalism and greater bacterial infections, though these could be avoided with better management.

Announcing that his 10-minute rule bill was set to be debated, Mr Smith said he was “proud” to have got it on the parliamentary agenda.

As well as potentially improving welfare, a move to ban all cages would mirror the ambitions of UK retailers, who have committed to going cage-free by 2025.

The British Egg Industry Council (BEIC) said the move did not come as a surprise, given that banning cages was contained within the Conservative Party manifesto at the last election, and a full consultation on the future use of enriched cages for laying hens is expected later this year.

“We would emphasise, however, that if the UK government bans the use of enriched cages in the UK for the laying hen sector, it would immediately have to ban the import of eggs and egg products produced by hens in such systems, otherwise, it would totally undermine our egg producers,” said BEIC chief executive Mark Williams.

Currently there are about 16 million laying hens kept in enriched cages in the UK – or about half the national flock.

Most of these eggs are destined for food manufacture and processing, rather than retail.

Barren battery cages were made illegal under EU law in 2012, with the UK one of the first to move to enriched cages or “colony” systems, which provide more space, perches and scratching areas with the cage.

Cordelia Britton, head of campaigns at The Humane League UK, said: “Beatrice’s Bill marks an important step for the UK to become a global leader in animal welfare. Indeed, seven EU countries and nine US states are already cage-free or have legislative bans in the pipeline.”

A European People’s Initiative has also gathered enough support for the European Parliament to consider the issue.

What is a 10-minute rule bill?

A 10-minute rule bill is a way for MPs to introduce a bill to the House of Commons by giving a 10-minute speech on the issue, which is then put to a vote by MPs present.

If accepted, it is added to the register of parliamentary business, but receives low priority.

Bills introduced under the 10-minute rule rarely progress much further, since the government usually opposes them in the later stages, or they run out of time.