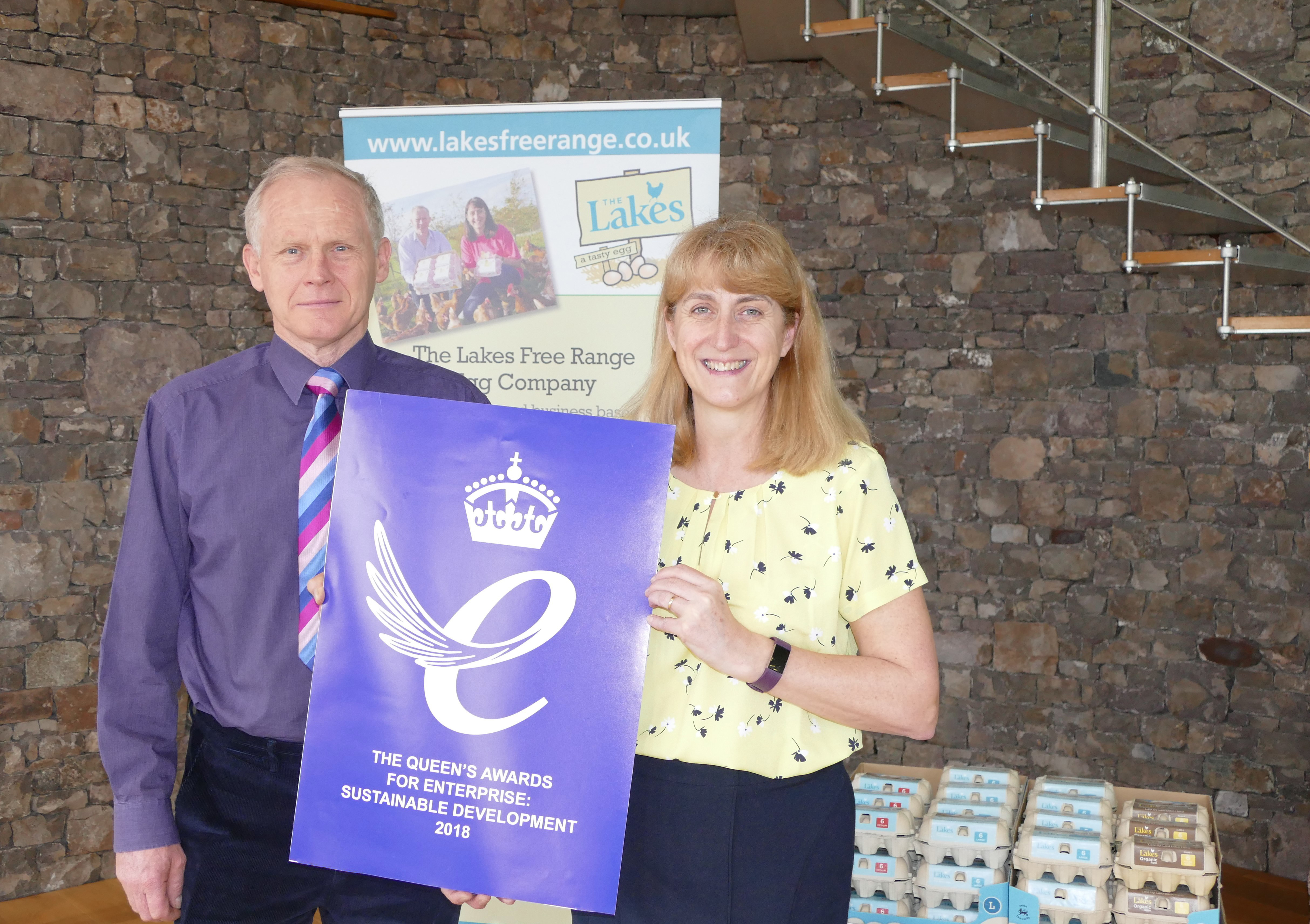 David and Helen Brass with the Queens Award for Enterprise. Photo: The Lakes

The awards are announced on the Queen’s official birthday, 21 April, and recognise achievement and leadership in British businesses.

David Brass described the win as “a hugely rewarding accolade for the whole team, it is a much-coveted award and we are very proud to receive the honour”.

The Lakes is the largest specialist free-range egg producer/packer, and have long focused on a high standard of welfare, ethical and environmental principles.

More than 157,000 trees have been planted on poultry ranges by the business, and the packing station became carbon neutral in 2016.

In a statement, David and Helen Brass said: “We have numerous awards for sustainability but see the Queens Awards for Enterprise as the very pinnacle of recognition and we are delighted to be the first in the egg industry to receive one. When we looked back at previous winners we saw just how exceptional this award is.

“This year, 237 Queen’s Awards were presented to UK businesses – but only 8 were awarded for Sustainable Development, so we are in very esteemed company.

“This success is very much a team effort. We feel the award recognises the hard work, dedication and commitment of all our staff who have helped develop our business in such a sustainable way – we are immensely proud of them all.

The Lakes team is now preparing to receive a visit from Cumbria’s Lord Lieutenant Claire Hensman, Her Majesty the Queen’s designated representative. Later in the summer, David and Helen Brass will attend a formal reception at Buckingham Palace and plans are underway for celebrations with staff, suppliers and customers.