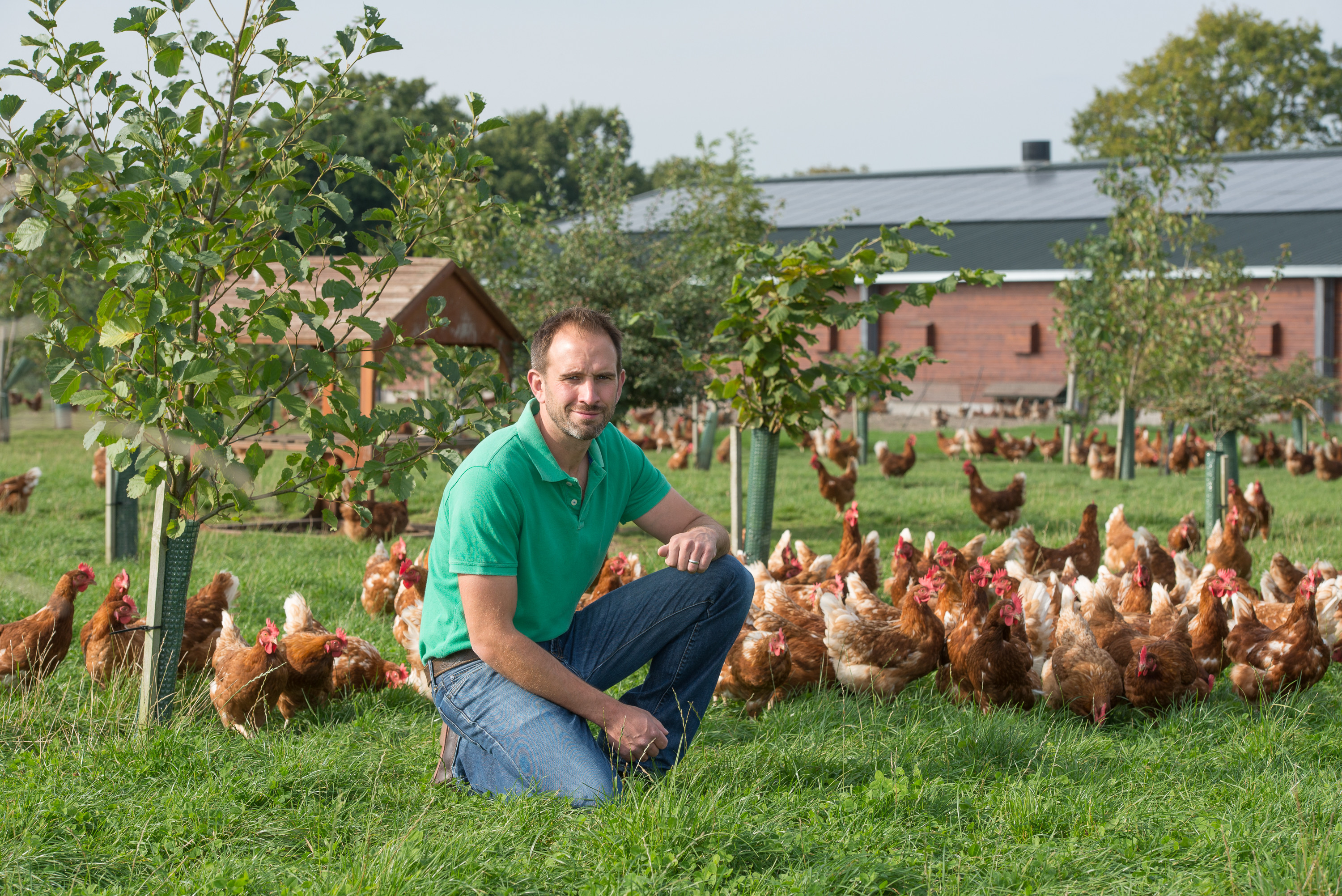 North West producer Ben Wharfe is concerned about his ability to safely walk birds, if the level of perching the RSPCA required is installed on his farm. Photo: John Eveson

The British Free Range Egg Producers Association says there is uproar amongst its members about a new requirement to retrospectively fit 8cm/bird of perching space on flat deck systems.

Farmers have decried the cost, at a time many are considering expensive veranda installations; health and safety of workers walking birds and the welfare of hens, in particular keel bone health.

But the RSPCA insists that perch provision can reduce stress, fear and reduce the risk of pecking.

Despite widespread opposition, the charity has said it will press ahead with the new rule, requiring farms to have perching installed for flocks placed after August 2018.

Poultry World visited free-range producer Ben Wharfe, who farms 11,500 birds in a flat-deck system near Warrington. He said that he could not envision how perches would fit in his farm and worried about ease of management if forced to install them.

1. A primary worry was that the route stockmen take to walk along the flat deck area between water lines in a conventional set up would be blocked. Mr Wharfe said he had concerns over health and safety and the ability to effectively collect floor eggs and dead birds.

In response, Ms Ferneyhough (MF) said there were different ways in which the provision could be offered. “Producers who chose to install A frame perches at the minimum requirement of 8cm may not need to position these at the full length of the shed, leaving “cross-over” gaps to allow ease of management.

2. While farms in Northern Ireland and Scotland provide 15cm/bird of perching, they can effectively stack perches one on top of the other, is it correct this is not permitted under the new standard?

3. The current guidance doesn’t appear to provide an applicable example of perch space for a conventional farm.

MF: “The RSPCA will be producing guidance on meeting the perch standards which will be available online and via RSPCA and RSPCA Assured field staff.”

4. Many feel that consultation has been poor on this new requirement, and can’t see the benefit given the cost and additional management challenges that perches appear to present.

MF: “We followed a comprehensive six-month consultation period with leaders of the laying hen industry – including BFREPA, the British Egg Industry Council and the NFU – and some RSPCA Assured members

Ms Ferneyhough added: “Anyone wishing to discuss implementation of the perch standards in further detail should contact the RSPCA Farm Animals Department.”