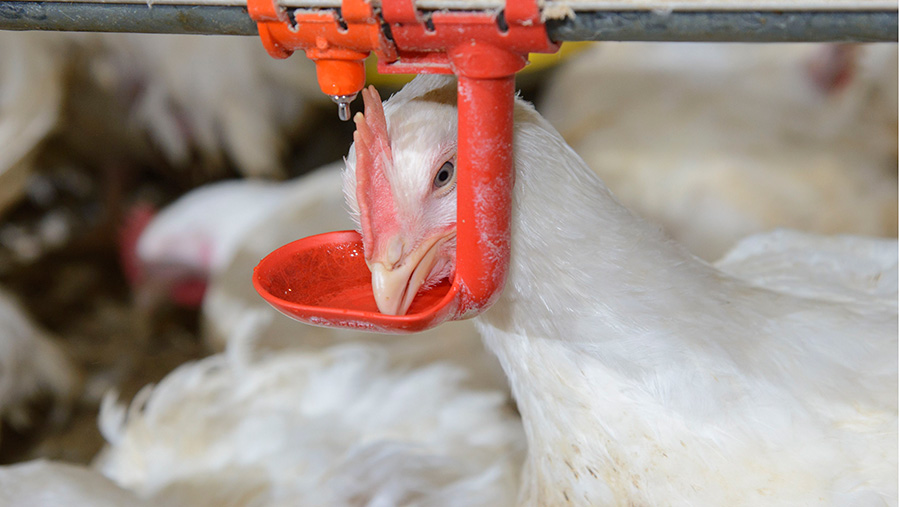 The poultry industry has marked the publication of a landmark report on its antimicrobial use with a reception in the House of Lords.

The event, sponsored by MP Neil Parish, outlined the work that the British Poultry Council has done over the past five years to improve antibiotic reporting and reduce its usage.

Members achieved a 44% decline in the use of antibiotics since 2012, and the cut back use of of several categories of the drug most critical to human health.

Reg Smith, chair of the BPC’s working group on antimicrobial use, said its work had focused on three areas: accurate reporting, the removal of critically important antimicrobials from poultry farming and reducing prophylactic use.

“The first step was to know what the picture was,” said Mr Smith. “We were using sales data initially, but that combined both pigs and poultry.”

A mechanism for collecting usage was put in place, and this data – now public – was shared with the Veterinary Medicines Directive.

Another area of work was cutting the use of antibiotics most important to human health, explained Mr Smith.

In 2012, a voluntary ban on cephalosporins was introduced, and the use of fluoroquinalones and macrolides were also targeted for reduction.

Efforts were also made to reduce the prophylactic use of antibiotics – where no disease has been identified. “We did that by looking at risk-based strategies. Increasingly, more and more birds were put on the ground without interventions through antibiotics.

“Some of the players have already stopped prophylactic administration completely, and in the coming months more will be doing the same. That is a major change and hugely important.”

Mr Smith warned that any reduction target introduced should have the flexibility to account for variables – such as a poor wheat harvest – which can cause health problems to increase.

“I’m concerned about setting a one-figure target, because it becomes the only target that you aim for. Actions and behaviours may be adopted which are contrary to the wellbeing of stock.

“Any such target needs to be broad enough that it takes into account the vagaries and nuances of things like a poor harvest,” he said. 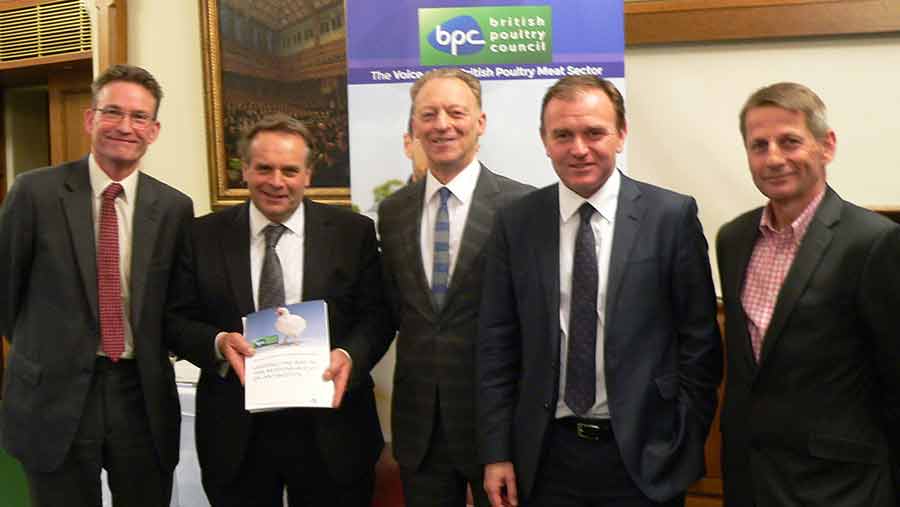 Farming minister George Eustice told the reception that the poultrymeat sector was ahead of the curve in making public its use of medicines. “I think it’s really important that we recognise where the industry has taken the initiative and made genuine progress.

“The achievement is quite extraordinary – big steps have been made, particularly when it comes to the more critically sensitive antibiotics.”