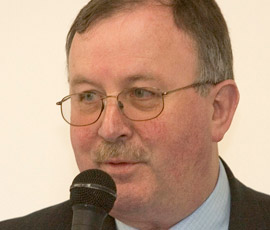 The NFU poultry board is looking for a new chairman after Charles Bourns failed to win the 75% majority required to be re-elected.

Mr Bourns, who farms in Gloucestershire, became commodity board chairman in 2003 after five years as committee chairman. The process of electing a new chairman will now take place at the next board meeting in May.

NFU director of policy Martin Haworth thanked Mr Bourns for his service to the NFU.

“I would like to pay tribute to the hard work Charles has done over the past 14 years and I have no doubt he will continue to play an important role with both the NFU and the wider industry.”