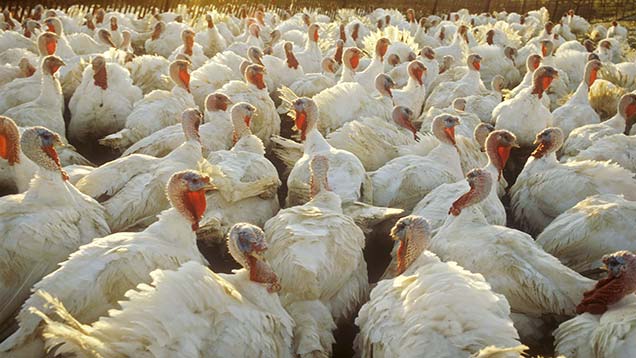 Iowa has joined the US states of Wisconsin and Minnesota in declaring a state of emergency, following further outbreaks of high pathogenic avian influenza within its borders.

According to the US Department of Agriculture’s Animal and Plant Health Inspection Service (Aphis), which is overseeing the HPAI situation, some 114 US farms have now reported cases across the country, with more than 21 million birds affected.

In terms of bird losses, Iowa has suffered the most so far, with 15.5 million birds down, albeit from a more limited number of cases (17). These include a number of very large-scale chicken farms – one numbering 5.7 million birds and another of 3.8 million birds.

Minnesota has seen the most farms affected – 67 according to the Aphis website – though the total loss of birds is put at 3.7 million, mostly small-to-medium-sized turkey flocks.

The state of emergency declared by Iowa governor Terry Branstad on 1 May effectively authorises the use of all emergency services, including the National Guard, to help contain the disease. It also provides for the establishment of buffer zones and checkpoints, and suspends restrictions on the number of hours lorry drivers can work, hauling poultry carcasses.

“Declaring a state of emergency is the best way to make all resources available,” said Mr Branstad. “Iowa’s poultry farms are an important part of our state’s agriculture industry.”

The declaration follows moves in Washington to free up more financial assistance to help deal with the crisis, beyond the costs of indemnity payments to farmers and clean-up.

In a letter to the Office of Management and Budget, a number of senior congressmen have called for additional support.

“Despite extreme precautions taken by farmers to protect the health of their flocks and the best scientific minds in the country working to halt the spread of HPAI, this virus continues to infect farms across the country and requires significant resources to curtail its effects,” the agriculture committee chairmen wrote.

They pointed to the “widespread economic devastation throughout rural communities” and called for more funds from the White House.