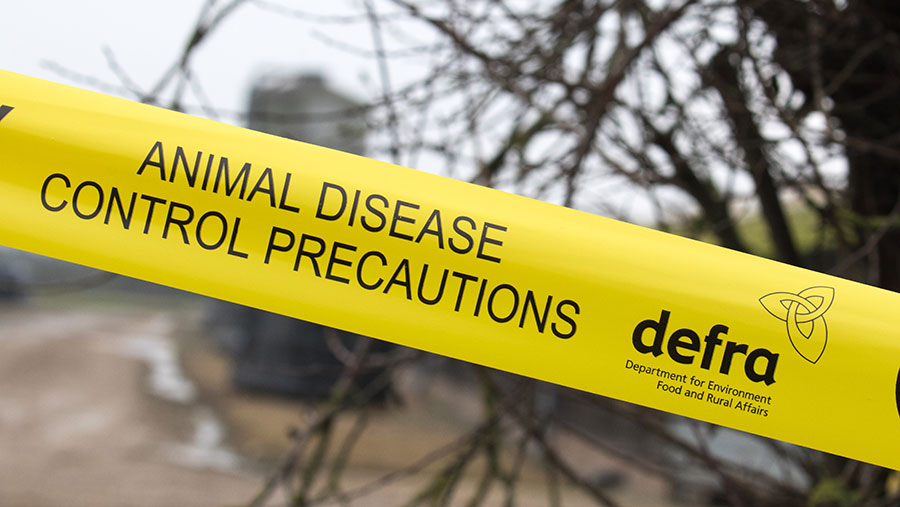 Poultrykeepers throughout Great Britain have been instructed to increase their biosecurity as the whole country has been declared an Avian Influenza Prevention Zone (AIPZ) by the UK’s chief vet.

The move follows confirmation of a third outbreak of the notifiable disease in 10 days – this time on a broiler breeder unit near Leominster, Herefordshire – and the discovery of high-pathogenic strains of the disease in wild waterfowl in the South West.

Under prevention zone measures, it becomes a legal requirement for keepers with more than 500 birds:

Backyard owners with smaller numbers of poultry, including chickens, ducks and geese, are also urged to strengthen their biosecurity to prevent further outbreaks of avian influenza in the UK.

Bird flu is a notifiable animal disease and failure to report suspected cases is an offence.

You can report suspected or confirmed cases in:

The latest case in Herefordshire involves an outbreak of the H5N8 flu strain in broiler breeder chickens – used to produce hatching eggs for the poultrymeat sector – though the pathogenicity of the strain is yet to be determined.

A 3km and 10km temporary control zone (PDF) has been established around the farm, and the birds will be culled imminently.

Previously, the highly pathogenic H5N8 strain was confirmed at a 13,500-bird broiler breeder unit near Frodsham, Cheshire, while on 2 November, low-pathogenic H5N2 avian influenza was confirmed in a flock of 480 birds at a premises near Deal, Kent.

The introduction of the prevention zone, which applies to England, Scotland and Wales, follows last week’s decision by expert advisers to raise the risk level for avian influenza incursion in wild birds from “medium” to “high”.

UK chief veterinary officer Christine Middlemiss said: “Whether you keep just a few birds or thousands, you are now legally required to meet enhanced biosecurity requirements. This is in your interests to do, to protect your birds from this highly infectious disease.”

“They have an important part to play in reducing the risk of avian influenza to their own birds, as well as the commercial poultry sector.”

What you must do in a prevention zone