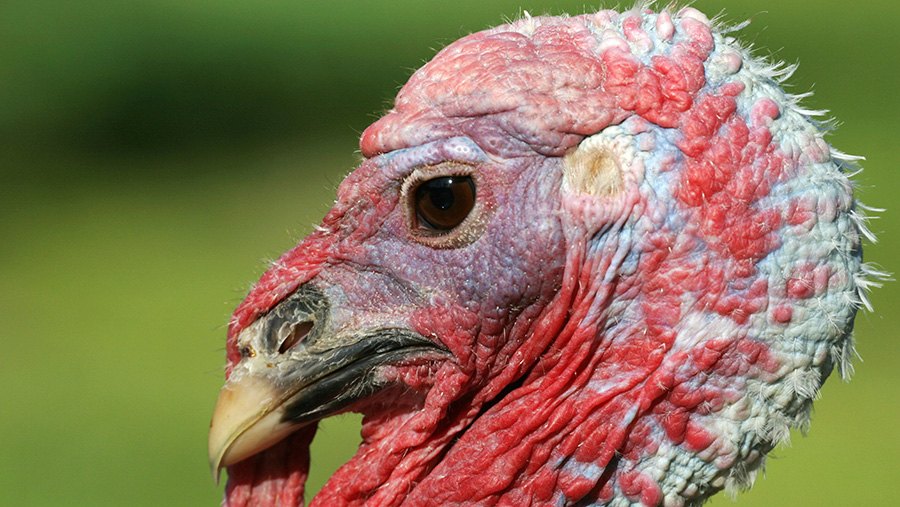 Turkey growers are expected to increase prices by between 2.5%-4% at the farmgate this year to reflect rising feed costs.

The increase was almost entirely caused by the price of poultry feed.

Farming costs, which include labour, gas, litter and shavings and other inputs had increased slightly by 0.59%.

Ms Mahony added poult, brood and waste removal costs had stayed the same, while packaging costs – based on the NFU’s turkey box shop costs – were also on a par with last year.

She added that poult quality, based on reports from across the country, had been very good, with some mortality rates reported at less than 1%.

“Soya costs, in particular, have risen.

“But producers are also suffering from the weakness of sterling post-Brexit.

“The higher costs are dependent on when people bought their feed. If producers bought early they may be in a better position than those who bought later.”

Tom Copas, director of Berkshire-based Copas Turkeys, agreed margins this year were being affected by timing of feed contracts but he was also concerned about escalating wage bills.

“We are facing the introduction of the living wage, which will have implications for growers up and down the country.

“We have yet to finalise our prices, but the general feedback is that growers will put up prices a little bit – between 2.5%-4% this year.”

He said: “Our first batch was not quite as we would have liked but we had ideal conditions in the early summer with a very cool early June which has really helped the birds develop.”

William Grove-Smith, of Essex-based Grove Smith Turkeys, said he believed this Christmas could be challenging because of the pressures placed on butchers by low-cost retailers.

Mr Grove-Smith said he had put in substantial investment in quality assurance and gas stunning facilities over the past year but believed the traditional whole bird market through the independent butcher at Christmas was declining.

“We have seen continuing demand from consumers for turkey rolls and turkey joints. Family sizes are changing and people are looking for an easier way to present the bird at the Christmas table.”

Len Goodman, who organised the meeting at Prested Hall, Feering, said about 30 of the region’s key growers had attended.

“I think what was interesting was seeing that turkey placements are a little bit up and that feed costs have driven up overall costs this year,” he added.