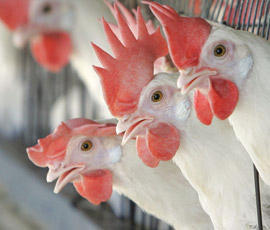 Efforts to improve egg production standards in the USA are back on track, with the tabling of new draft legislation in Washington.

If passed, the new rules will implement an agreement between producer organisation United Egg Producers and The Humane Society of the United States to provide laying hens with more space and cage enrichments.

The changes will be phased in across all states over the next 15-16 years.

It was hoped the proposals would be signed off last year as part of a new US Farm Bill. But this was delayed as a result of the presidential elections.

A fresh attempt to get the egg legislation on the statute has now been started as an amendment to the Egg Products Inspection Act. This has been tabled by a small group of Democrat and Republican senators in Washington.

What’s on the table

UEP chairman David Lathem added that, because it is an amendment to the Egg Products Inspection Act, it only affects egg farmers. “No other farmers would be impacted.”

This is important because other farming groups, including the influential American Farm Bureau Federation, have opposed the legislation, for fears it will set a precedent of government interference in other types of livestock farming.

Ad launched to bolster support for US cage ban