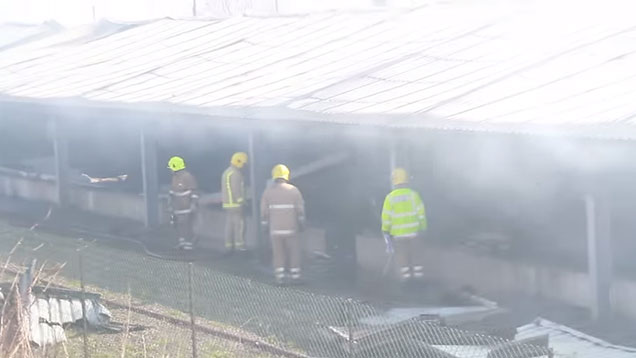 About 4,000 breeding hens have perished on an Aviagen farm in Scotland, following a devastating fire in the early hours of 19 March.

Fire crews were called to the multished site on a farm near the village of Gretna, Dumfries and Galloway. When they arrived they found one shed – containing 4,000 hens – ablaze.

Two Scottish fire engines and one from neighbouring Cumbria attended, with the incident commander deciding to call in two further units after assessing the severity of fire.

A spokesman for Aviagen said the farm manager was awoken by a shed alarm in the early hours and had immediately called emergency services.

“No one was hurt, but despite this prompt action one shed containing around 4,000 fully grown birds was unfortunately destroyed. The other sheds were unaffected and the birds are safe,” he added.

“We do not yet know the cause of the fire, but we will be working closely with investigators.”

The incident was brought under control at about 2pm, but none of the birds inhabiting the shed survived. An investigation is ongoing.