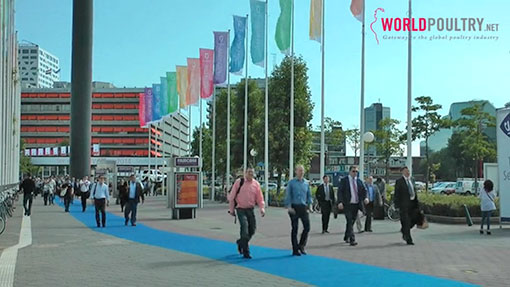 VIV Europe was, for many companies, a launchpad for new products to the EU market and the show’s innovation awards reflect progress in the poultry industry, from egg to dinner plate.

The awards were split into four categories: processing, health and nutrition, housing and farming and hatching and breeding. In total, 38 products were put forward and delegates could vote for their favourite either via the web or at the show itself.

Marel Stork Poultry Processing was the overall innovation winner. The company received most votes for its SmartWeigher Distribution and Grading Line, on display at the show. The system comprises a redesigned turning shackle, the firm’s SmartWeigher machinery, new unloading stations and updated control software. This ensures the highest processing speeds, with every product put in its most profitable form.

In the health and nutrition category, Kemin Europa won for its Lipid Evaluation Test, designed to help optimise feed quality.

Hotraco Agri was winner for housing, having launched its Fortica computer platform, designed for both controlling a shed environment and monitoring conditions and productivity. The device is fully customisable and can be accessed from tablets or mobile phones.

Finally, the award for innovation in hatching and breeding went to Hatchtech, based in the Netherlands, for its Hatchare Basket and Hatchcare Tray, both launched at the show.