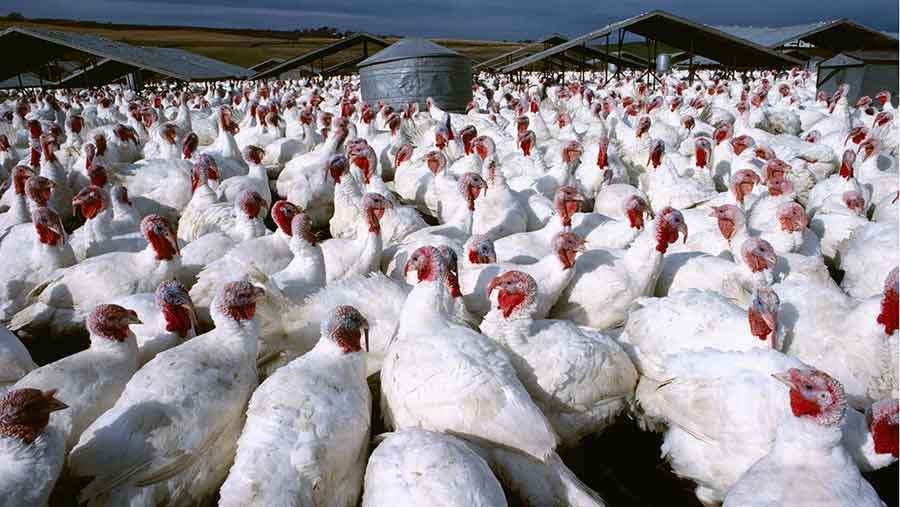 Animal welfare groups have heavily criticised the US Department of Agriculture (USDA) for using ventilation shutdown to slaughter some of the 400,000 birds culled during last month’s avian influenza outbreak.

The USDA announced last autumn that it would only use ventilation shutdown as a last resort, but USDA spokesperson Andrea McNally confirmed that it was used in the Indiana outbreak on some of the turkeys and chickens which were either infected or at risk of infection from the H7N8 strain of the virus.

Ms McNally said the cold temperatures in Indiana make the use of water-based foam difficult at some of the ten affected commercial poultry farms.

But Peter Stevenson, Compassion in World Farming’s chief policy advisor, said he was shocked the US government had used the practice, which causes birds to die slowly from suffocation or organ failure, due to overheating over a 30-40 minute period. “There is no doubt that this causes substantial suffering and distress to the birds,” he added.

Mr Stevenson said he had written to the World Organisation for Animal Health (OIE), claiming that by using ventilation shutdown, the US government was breaching the OIE’s international recommended standards on disease control.

He added that there were much more humane methods available: “We’ve advocated the use of 98% nitrogen, packed in high expansion foam to cull poultry. This is fundamentally different from low expansion fire-fighting foam which, in our view, is highly aversive as it blocks the birds’ airways thereby killing them by suffocation.”

Michael Blackwell, Humane Society of the United States chief veterinary officer, agreed. “There are more humane ways to mass euthanize poultry than intentionally causing heatstroke, which is an absolutely horrible way to die.

“Ventilation shutdown should only be considered as an absolute last resort, and not the first response to an outbreak,” he added.

Compassion in World Farming is urging supporters to back its sister organisation Compassion USA to lobby USDA deputy administrator of veterinary services John Clifford to prohibit the use of ventilation shutdown as an acceptable method of euthanasia.