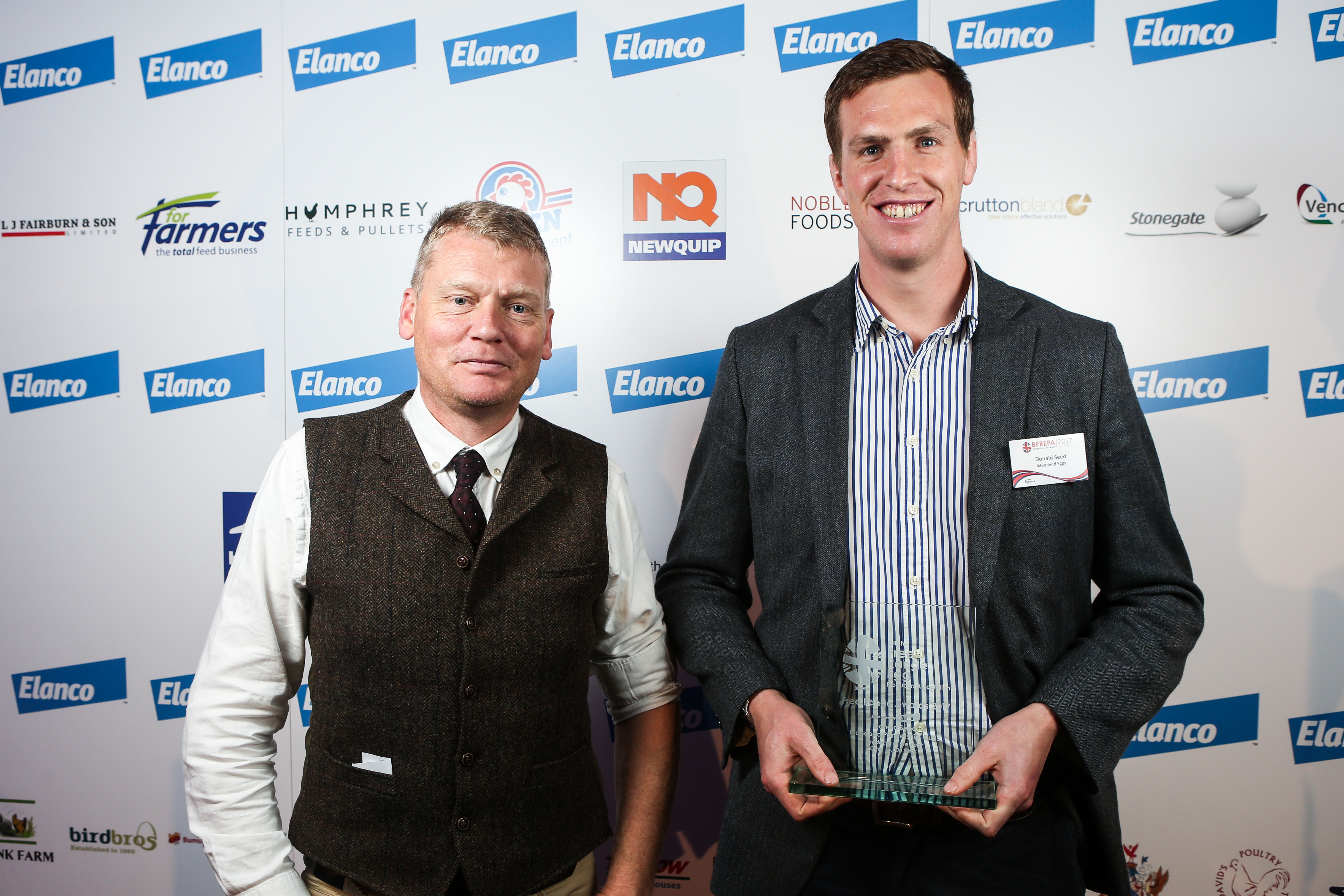 The award was collected by Donald Seed with judges impressed with the Partnership’s 32,000 bird unit, which was installed in Duns in the Scottish Borders in 2011, and the fact that the unit has become an integral part of the whole farming business.

Reducing dependence on bought-in fertiliser and energy, creating additional employment and improving the conservation of the farm were all elements that impressed the judges.

Father and son team David and William Maughan, from Darlington, took the top producer award in the under 16,000 bird category. Good biosecurity, an appetite to innovate and a strong participation in wider farming issues were among the reasons for their success.

Direct relationships allow farmers to grow with the retailer, giving them the confidence to invest in their futures, judges said.

There was joy too for the Happy Eggs Company, which took the Marketing Initiative of the Year award for its Chain of Happiness campaign.

The campaign, which was launched a year ago, has seen investment of more than £5m with hen welfare and tasty eggs at its core. The TV advert landed particularly well, and analysis from advertising experts has recorded huge brand recognition.

Peter Humphrey took the Lifetime Achievement Award, marking his 55 years in the poultry industry. Judges applauded Peter’s relentless enthusiasm, pride and passion. Taking to the stage, Peter told delegates at BFREPA’s annual conference in Birmingham that farmers should not over-produce, maintain their independence and decision-making and market their eggs carefully.

There was an Outstanding Contribution to the Industry award too for the British Egg Industry Council’s chief executive Mark Williams for his role during the 2016/7 avian influenza housing order. Mark coordinated industry stakeholders to ensure eggs from free range birds which were forced to be housed for more than 12 weeks could be over-stickered rather than being downgraded to barn eggs, potentially saving producers millions of pounds in lost revenues.

John Cessford, who for many years developed the BFREPA conference, which is now the largest for egg producers in the UK, was presented with a special recognition award for his work during his career at ForFarmers.

James Baxter, BFREPA chairman, thanked Elanco for their ongoing sponsorship, adding: “For our sector to be profitable and sustainable we need the passion, enthusiasm and dynamism that the winners of the awards this year have demonstrated.”