Bidding reached 5,100gns at Sedgemoor’s Spotlight sale of pedigree Holsteins with clearance rates hit 90% and averages levelled at more than £2,000 on 6 July.

This cow is out of the 2017 UK Dairy Expo Red and White Champion Wiltor Chipper Rosie Polled Red – and described by its breeder “the best cow he has ever bred”.

Sired by Jenniton Aikman Rory-Red, they found a new home in Dorset with Jake Symms of the Symba Herd. 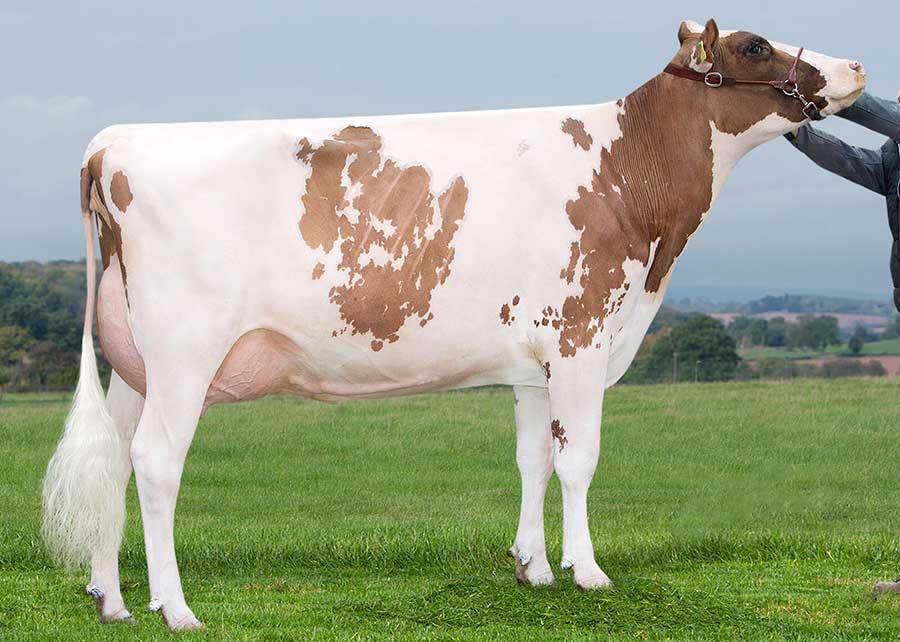 Its dam is Riverdane SVS Atlee VG88-2yr, the two-times All Britain nominee chosen as one of the team to represent the UK at the European Championships last year and won champion at the All Britain Calf Show in 2014. 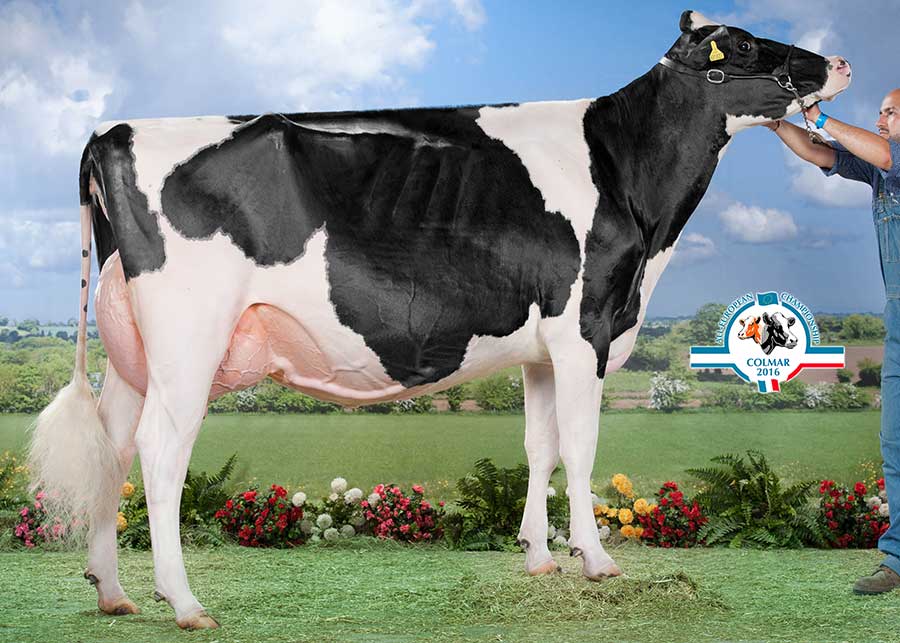 This cow’s second dam sold for 20,000gns at the Ridgefield sale in 2009 and is a full sister to the AI bull Atwood. It was secured by Gloucestershire breeder Mike Robertson.

Show type was in strong demand throughout the sale with many purchasers looking for this year’s calves to show over the summer.

One of these was the September-2016 born heifer Panda Blackberry Fools Gold, who caught the eye of Brian and Randolph Miller of the Moorshard herd at 4,200gns.

Consigned from Chumleigh, Devon, this cow is by Atwood and out of Panda Lexander Fools Gold Red.

Along with its sister, this cow has won a series of rosettes already, including interbreed champion pair at the Royal Bath and West.

The Miller family also snapped up the five-month-old Davlea Fitz Ashlyn from BL Davies and Son, Ilminster, Somerset, at 3,600gns.

Considered to be one of the fanciest calves at the sale this cow is out of Davlea Eberle Ashlyn (VG88-2yr) – third-placed milking yearling at the UK Dairy Expo 2017 – and is sired by Toc-Farm Fitz.