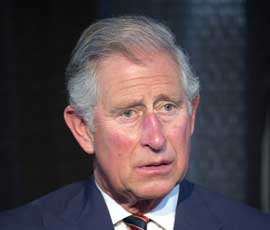 Scottish sheep farmers were praised for their “remarkable resilience, determination and toughness” by HRH Prince Charles when he officially opened NSA Scotland’s Scotsheep event at Dumfries House farm, which is run by Morrisons supermarkets.

Arriving in Scotland straight from the weekend’s Jubilee celebrations and kitted out in wellingtons and waterproof gear for a rain-drenched show, Prince Charles said Scottish sheep farmers had an incredibly difficult time, particularly in the uplands and hills, and he welcomed the encouraging price improvements of last year.

“Sheep farmers contribute so much to the country’s economy,” he said. “You are a remarkable breed and I can only salute you.”

In a written statement handed out to everyone attending the event, the prince said it wasn’t so long since prices for wool and meat meant many producers were selling their flocks and leaving the profession.

He added: “Although that situation has been reversed somewhat in recent years, the economics of sheep farming for many are still on something of a knife-edge and it is therefore particularly important that we do all we can to increase understanding of the many virtues of this wonderful animal.

He said he had devoted much of his time to the Campaign for Wool and the Mutton Renaissance Campaign and added: “When you combine these initiatives with the diligence, passion, energy and the commitment of everyone who works in the sheep sector, I am encouraged to think sheep farming has the potential for a strong, lasting and profitable future.”