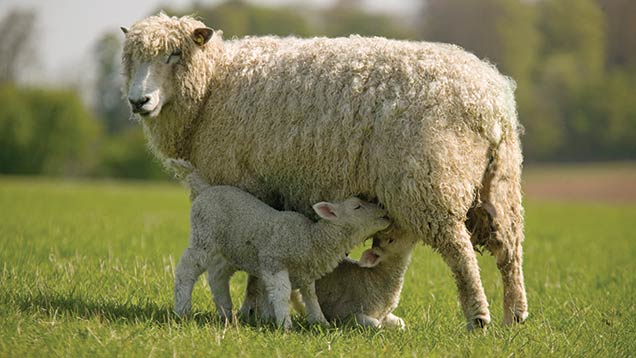 Farmers are being urged to get on top of diseases, which cause abortions and barreness in ewes, prior to tupping, after an analysis of 500 ewe blood samples revealed 80% of sheep were exposed to the toxoplasmosis parasite Toxoplasma gondi.

The samples taken during 2014 also found more than half (52%) of flocks had been exposed to Chlamydophila abortus, the bacteria which causes enzootic abortion (EAE) with 43% of flocks exposed to both organisms.

The tests which were part of the subsidised MSD Animal Health’s Barren EweCheck and FlockCheck diagnostic service, highlight the widespread prevalence of these financially damaging diseases in the national flock.

Vet John Atkinson at MSD Animal Health, says any sheep producers who recorded a flock barren rate greater than 2% last season should talk to their vet for advice, even if diagnostic blood samples have not been taken.

“If either toxoplasmosis or EAE has been diagnosed in a flock, vaccination is the most effective way to help protect against these diseases for future years,” he says.

A toxoplasmosis vaccine is available that can protect the ewe against toxoplasmosis for at least two lambing seasons and can be given up until three weeks before tupping.

A vaccine for enzootic abortion is also available and helps protect the ewe for at least three years against EAE and can be given to ewe lambs intended for breeding from five months of age.

“Animals should be vaccinated at least four weeks prior to tupping,” Mr Atkinson advises.