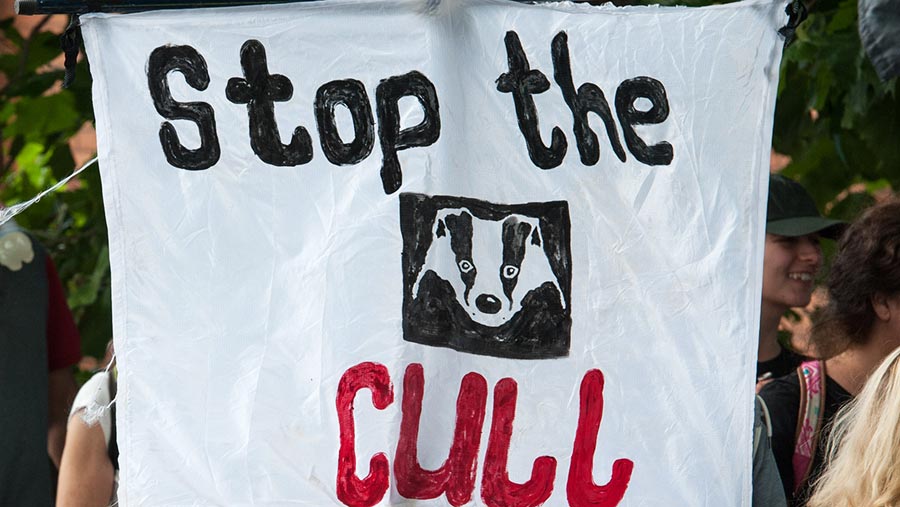 Animal rights protestors have pledged to step up their fight after a Defra decision to extend badger culling to seven new areas.

A Defra announcement on Monday (30 August) confirmed that the new licences had been granted and culling was underway.

Jay Tiernan, of the Stop the Cull group, suggested that protestors would refocus their efforts to disrupt the culls in the wake of the announcement.

“We have spent the last three years just in the fields,” Mr Tiernan told The Guardian.

“We haven’t ever once stood outside a farm with a banner or blockaded a road or put locks on to a business’s gates to stop their business from working.”

To date, the campaign had focused on disrupting culls by discovering where the shooting was due to take place and by breaking traps.

Animal welfare groups and some scientists insist that culling badgers will have little long term impact on curtailing bovine TB – and could even spread the disease.

A YouGov survey commissioned by Humane Society International suggests that 67% of people would be concerned if badger culling went ahead in their counties.

The organisation is calling for the government to rethink its cull strategy.

HSI executive director Claire Bass said it was “both shocking and sad” that the government was expanding badger culling to more counties.

“Badgers are being needlessly killed as scapegoats, part of a ‘smoke and mirrors’ attempt to appease farmers and detract attention and resources away from an effective long-term solution.”

Ms Bass said HSI was calling on members of the public to show their opposition to the cull by “shooting selfies, not badgers” and sharing the pictures online.

The NFU said more than 28,000 cattle were slaughtered in England last year because of bovine TB, which had infected nearly 4,000 herds previously clear of the disease.

“Today’s announcement means that badger control will now be taking place in 10% of the area where cattle are at the highest risk of contracting bovine TB.”

The number of areas that had expressed interest in carrying out badger culling showed the industry’s continued commitment to tackle the disease, said Mr Raymond.