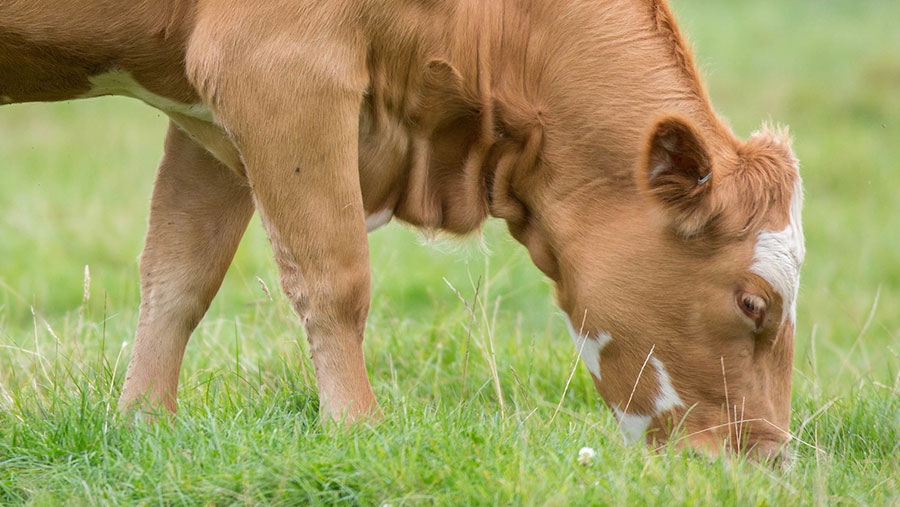 Liver fluke can cause big production and financial losses in cattle and sheep. Even if it doesn’t kill an animal, it can cause ill health, reduce intakes and hinder growth if there is undetected disease in animals.

Fluke can be complicated, with acute fluke and chronic fluke, and immature parasites and adult parasites.

Dave Armstrong, a vet with Zoetis, explains more about the parasite and its lifecycle as well as the symptoms in cattle and how to treat them.

What is liver fluke?

Fasciolosis is a common parasitic disease of cattle and sheep in the UK, caused by Fasciola hepatica (liver fluke).

Where are the parasites found/how do animals become infected?

All farms that contain wet areas could be at risk of fluke, as it’s these conditions that favour their intermediate host, the mud snail. This can include wet areas around gateways and water troughs.

In cattle, it is more common to see infection in beef cows grazing poor, wet pasture, but disease can be seen in dairy cattle especially cattle that have been summered on infected pasture.

The lifecycle of fluke is different from other worm species and involves a host – the mud snail.

The lifecycle of fluke outside of cattle

The lifecyle of fluke inside cattle

What are the symptoms in cattle?

All stages of fluke will cause production loss, immature fluke cause acute disease whereas adult fluke cause chronic disease.

In cattle, acute fluke is rare due to them having a larger liver that can tolerate a greater burden.

Chronic fluke is most likely to occur from winter through to the spring and is caused by adult fluke in the bile ducts (up to 500). Signs of chronic fluke include:

How can you control liver fluke?

It is important to remember that both immature and adult fluke cause production loss and therefore, waiting to treat is counterproductive if you have fluke on your farm.

There are anthelmintics suitable for treating worms and fluke. It is important to seek advice from your vet, suitably qualified person or adviser to pick the right one for your system.

No fluke treatment has persistency though, meaning cattle can become infected with fluke immediately after treatment, if they are grazing contaminated pasture.

Liver fluke resistance to triclabendazole has been reported in sheep and more rarely in cattle.

Quarantine strategies should take a “risk-based” approach and a treatment with one of the other fluke products may be appropriate. If in doubt consult the vet or an adviser.

As infected animals can pass eggs for up to three weeks after the adult fluke have died, treated cattle should be kept off pastures for at least four weeks after treatment.

Any sheep brought onto the farm should also be treated according to Sustainable Control of Parasites in Sheep guidelines, as they could be an important source of resistant liver fluke to all grazing stock.