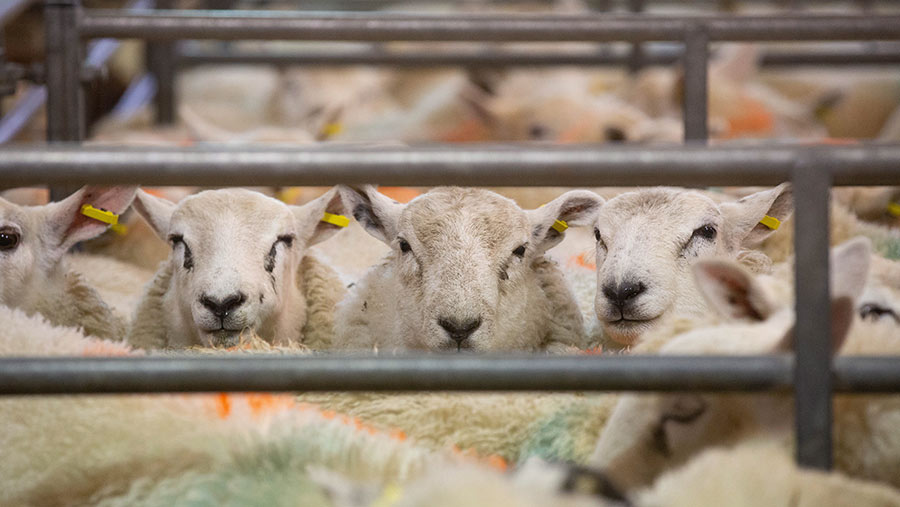 A smaller UK cow herd and sheep flock could support market prices in 2019 after one of the most challenging years for a generation.

Higher lamb and calf mortality, coupled with the forced liquidation of breeding females on many farms as a result of the summer drought, has left domestic red meat supply looking likely to contract.

Dairy supply, on the other hand, is on the up globally, with New Zealand’s surging production driving a winter milk price drop, although decreasing European intervention stocks are positive news for farmers.

Higher mortality is expected to leave 350,000 (-8%) fewer lamb slaughterings on the year between January and May 2019.

“Easter is late this year and Ramadan has moved forward again,” he added, explaining that Easter Sunday (21 April) and Ramadan’s start (5-6 May) are only two weeks apart this year.

Mr Logan added: “We will have fewer lambs to supply these two big festivals as we would have expected old season lamb to have tailed off by then and it will be before new season lamb comes forward in any great number.”

This is being mirrored in the southern hemisphere, where Australia is forecasting lamb and mutton to be down 1% and 20% respectively, with New Zealand’s figures at 2% and 17%.

AHDB red meat analyst Rebecca Oborne said: “Overall there will be a tightening supply situation, with demand likely to remain steady in the world or even slightly up.”

In December, New Zealand prices were well above typical levels, up about around £1/kg (+25%), in line with the UK.

Forecast drop in New Zealand lamb numbers between October 2018 and September 2019, according to Beef and Lamb NZ

Drop in calf registrations (-3.3%) on the year in July to September, with calves down 6% in Scotland

Sheepmeat export outlooks hinge on access to the EU market, although current forecasts expect the EU to export a similar amount of lamb in 2019 as it did in 2018, explains Ms Oborne.

Speaking before Christmas, Ms Oborne said: “If the withdrawal bill and transition period come in as agreed it will be pretty much business as usual for trade throughout 2019.”

However, without the withdrawal bill and transition period, she said that exports to the EU could be limited. The UK would have to get approval as a third country and also pay tariffs.

National census figures showed GB kill is 6% higher over the 11 weeks up to the start of December.

“Calf registrations are a good barometer of fewer calves on the ground,” he said. “Coupled with the volumes of cattle being sold means we are going to have less cattle next year, probably by the summer.”

However, he stressed that steady, firm, consistent trade is best for the livestock sector.

“Huge spikes in lamb price erode supermarket marketing budgets for later season lamb marketing campaigns, while high beef prices can turn consumers onto manufacturing cuts and mince and if not that, then chicken or alternative protein sources.”

Beef and dairy breeding cow numbers are down 2% after a big year for culling marginal cows and heifers.

Ms Oborne said that at 55% of the total breeding herd, the UK’s dairy herd plays a significant role in UK beef production.

This is according to Kat Jack, AHDB dairy analyst, who added that higher New Zealand production had cancelled out Australia’s lower production, forced down through forage shortages and feed prices.

Elsewhere, US production is stronger than in 2017 and forecast to be higher, while EU output is up +0.8%, despite fears over a serious drop during the summer drought.

However, Ms Jack said the picture could be mixed when accounting for cost-of-production-plus models, which may see increases on account of feed prices.

Analysts expect Chinese dairy to increase in the second half of 2018. Dutch agribusiness analysts at Rabobank have said this will help absorb some of New Zealand’s supply growth.

More than half of the total skimmed milk powder (SMP) bought into EU intervention during the 2015-16 price crash has been traded.

As of December, the EU had sold or had agreed to sell 226kt of intervention skimmed milk powder, with 174kt remaining, said Ms Jack.

A rise in global butter demand means fat is worth more than protein, a trend that has been observed on the global markets since 2015, she said.

More focus is being placed on milk quality and constituents in the UK, but not to the same level as New Zealand, where dairy giant Fonterra is now paying more for fat than protein.

“Farmers can either tailor their milk to best suit their contract, or pick a contract that best suits their milk,” she said.