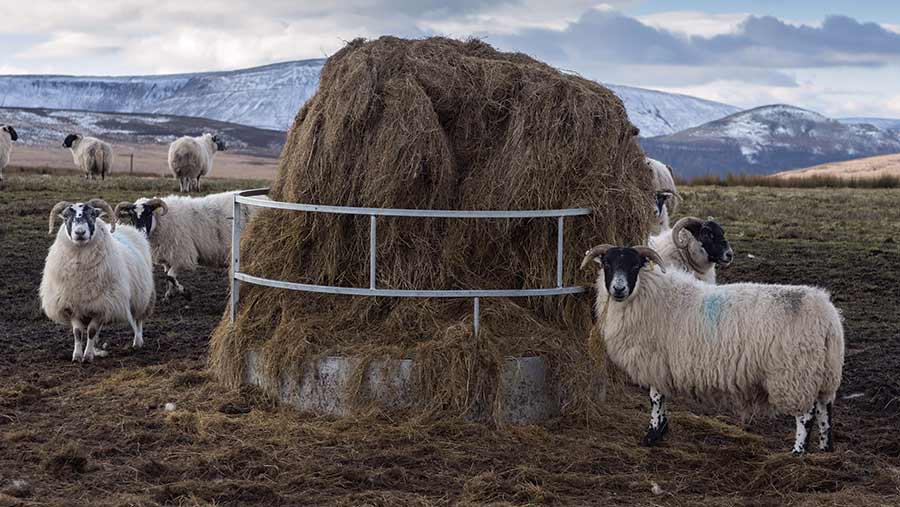 A Farming Connect trial has shown losses of dry matter at feeding are between 21% and 30%.

Working with silage specialist Dr David Davies and Farming Connect, the farmers, husband and wife Paul and Dwynwen Williams, who won the Farmers Weekly Beef Farmers of the Year 2017 award, embarked on a trial to measure losses.

Two feeding groups of 30 and 60 ewes were established to examine if the sheep numbers and the length of time a bale took to consume influenced nutritional losses.

Silage was sampled and weighed after each bale was opened; samples were also taken from the silage in the feeder and on the ground and this was weighed and analysed.

See also: Why cross-bred tups are on the rise

These results also mean that approximately between 21% and 30% more silage is required to be produced than is utilised, depending on the size of the group.

Rain may also be an important consideration in smaller groups; the longer silage is exposed to the elements the more water sheep consume therefore their intakes are lower.

Dr Davies says the longer a bale is open, the more likely are changes to its microbial population, putting sheep at risk of disease.

“Taking this risk alongside the potential for reduced silage intakes then the sheep could have a lower immune response, making them more vulnerable to infections and disease,’’ Dr Davies warns.

At Cae Haidd Ucha, the Williams had already switched to a different feeding system four years ago in a bid to reduce losses.

“In the year before we changed the system we were cleaning up the area around the feeders at the end of the feeding period and were really taken aback by how much had been wasted,’’ Mr Williams recalls. 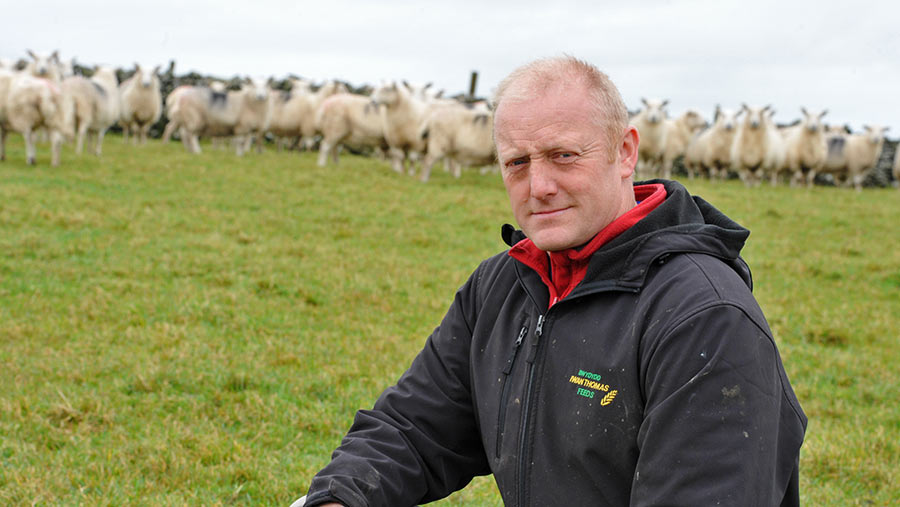 Since then, silage has been chopped in a TMR feeder and deposited in lidded hay feeders for the flock of 600 Fonteira cross-breeds and Penderyn ewes.

Not only does the small wire mesh prevent sheep from pulling out more silage than they need but the lids protect silage from rain.

The only downside, says Mr Williams, is that the feeders needs topping up more frequently than ring feeders – two days instead of four.

But Dr Davies cautions that putting bales through a chopper can increase issues with listeria.

“It takes less than 100 listeria to cause disease in sheep, so rather than one or two being infected, you run the risk of all being infected.’’

Good quality silage is important to the system at Cae Haidd Ucha. Ewes receive no supplementary feed until they are housed three weeks before lambing. Silage used in the trial analysed at 48% DM, an ME of 9.6 MJ/kg DM and a crude protein of 12.2%.

After scanning in mid-January, ewes carrying twins or triplets graze swedes with supplementary silage as roughage, while the singles receive silage only.

Mr Williams says the trial demonstrated the value of silage. “The silage fell onto rubber mats around the feeder to help with the collection and weighing process. Because of this we could feed it to the cattle but it was a visual reminder of the losses that do occur.’’