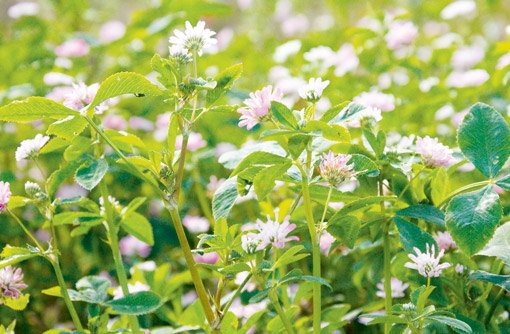 Many farmers stopped nitrogen application last autumn because of high grass levels. However, this has consequently created optimum conditions for clover growth.

James Ingles, UK sales manager for Barenburg, said a lack of feed or warmth over the winter had meant ryegrass had given up, leaving hardier clover to prosper.

“Try and direct drill or broadcast sow ryegrass now to fill the gaps, otherwise they will fill up with meadowgrass,” he said at a RABDF farm walk in Kent.

He said although temperatures might not be optimum now, it is likely to warm up in the next two weeks, enabling grass to start growing. However, seed to soil contact was crucial when rejuvenating.

“This has a bigger endosperm and will get going quickly,” he said.

“The clover will have fixed nitrogen so in good conditions, the ryegrass will flourish. I would definitely try a tetraploid perennial ryegrass to give the sward a boost.

“There’s no guarantees, but I thing this would give your money back and more.”