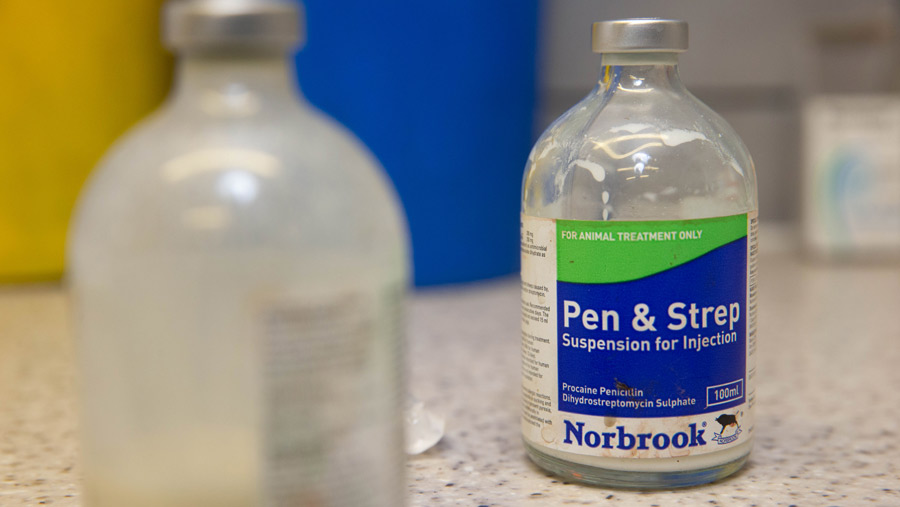 UK sales for farm animals of the highest priority critically important antibiotics (HP-CIAs) continue to fall, according to the latest annual report, showing the progress being made by agriculture to tackle antimicrobial resistance.

This is the sixth consecutive year sales have fallen, giving a total reduction of 79% since 2014, and HP-CIAs accounted for only 0.5% of the total antibiotic sales in 2020.

Reducing unnecessary use of HP-CIAs – which are vital for human medicine – in farm animals is key to minimising antimicrobial resistance.

The UK-Veterinary Antibiotic Resistance and Sales Surveillance annual report shows the second-lowest recorded amount of antibiotics sold for use in farm animals, at 30.1 mg/kg: less than half the levels recorded in 2014.

In 2020 the total sales of veterinary antibiotics were 226t, the Veterinary Medicines Directorate (VMD) said.

Since 2019, reductions in antibiotic use were reported by the pig, chicken, turkey and game bird sectors.

Abigail Seager, chief executive of the VMD, said: “Working closely with the farming industry and the veterinary profession, we have achieved huge reductions in the use of antibiotics since 2014 and we are seeing reductions in resistance as well.

“These successes are testament to the co-operation between farmers and vets in promoting the responsible use of antibiotics.”

Meanwhile, the antibiotic Targets Task Force, chaired by the Responsible Use of Medicines in Agriculture (Ruma) alliance, released its latest report summarising the first year’s progress against the second set of antibiotic use targets, which span 2021-24.

The report highlights where targets are already being achieved or sustained, and where challenges remain.

It revealed that for some sectors it is still too early in the four-year targets cycle to provide accurate data, but where data is provided it indicates good first-year progress, despite the challenges of the coronavirus pandemic and Brexit.

Cat McLaughlin, RUMA chairman, said: “Despite an exceptional 12 months, there have been some great achievements realised in year one of the second set of RUMA Targets Task Force targets, which is testament to the hard work and commitment across all sectors.

“It is important to remember that the targets are not about driving towards zero antibiotic use – antibiotics are needed when necessary as a tool to treat sick animals and to improve and maintain animal welfare.

“Each sector will ultimately reach a sustainable level, below which further reductions could negatively impact animal welfare.”