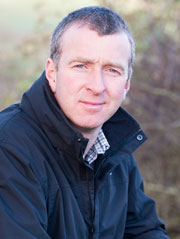 Hopefully by the time this goes to press, the cow track building machinery will have swung into action both at home and the new unit. It is a crucial part of the grazing system that we’ve ignored the maintenance of for too long at home. With calving just around the corner, hopefully good progress will be made before turnout.

A change to the norm this spring will see the use of an AI tech for the first time in 20 years to do the main herd insemination, freeing me up from the daily tie of having to be on site for at least one of the milkings. Genomic semen from NZ is to be used across both herds; this spring we will see the first heifers calving from the first genomic semen we used in 2009. Expectations are high given the huge leap in genetic merit the new bulls gave us.

The NFU conference and AGM in Birmingham later in the month will see the official end of my two years as Cumbria county chairman and the election or perhaps re-election of national office holders. Best of luck to fellow Cumbrian farmer and now retired Farmers Weekly farmer focus writer Alistair Macintosh in his ambition to rise closer towards the top of the union.

If you’ve never been to the NFU conference, it’s well worth a visit. Very well organised and professional, bang up to date on all the current issues and very informative, not at all what I was expecting when I first attended three years ago. Hope it’s just as good this year, which will help make up for missing the Positive Farmers Conference in Ireland in favour of a trip to London for a Nuffield Scholarship interview, which proved successful. 2012 is going to be another very busy year.