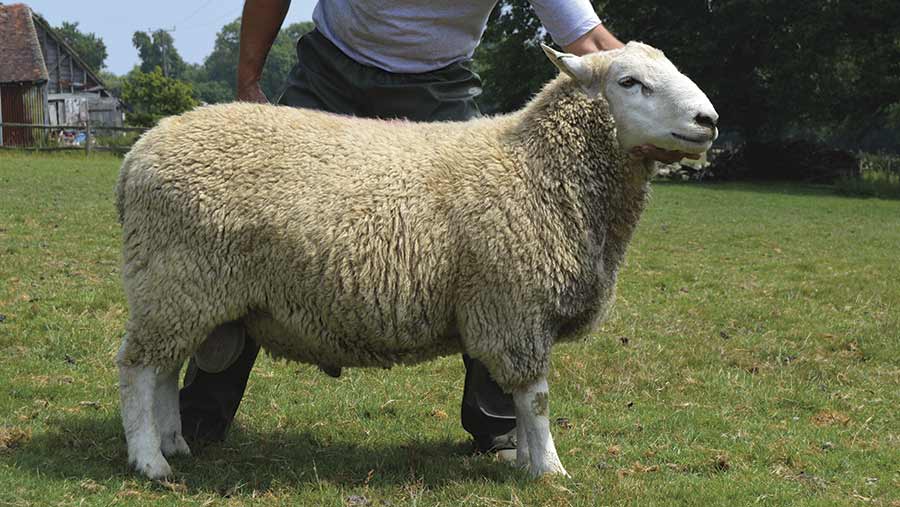 The Aragon ram indexing 277 against a breed average of 127

Kent sheep farmers Hugh and Pauline Skinner, who farm in Sissinghurst, near Tunbridge Wells, have been using  faecal egg count (FEC) information for the past 13 years and have reduced the number of wormer from near monthly treatments to just a couple a year.

By also using salivary testing this summer they hope to further improve their breeding programme and select sheep resistant to roundworm.

The couple are using FEC estimated breeding values (EBVs) as part of the selection criteria for breeding stock in the Aragon Romney flock.

During ram selection, they look for negative FEC EBVs of about -0.2.

“We are looking for good growth and muscle depth, and reasonable fecundity in the stock. We have tended to use FEC EBVs as a decider at the end of that process,” Mr Skinner explains.

Mr Skinner tries to minimise the risk of anthelmintic resistance in his flock by abiding by the Sustainable Control of Parasites in Sheep (Scops) principle and he will only worm those that need it by measuring FECs prior to treatment. 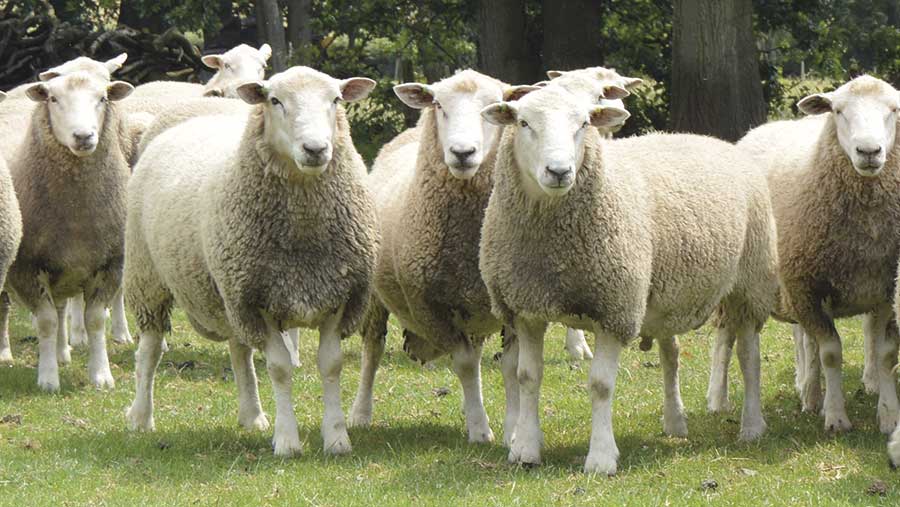 Rams from the Aragon Romneys flock

However, retired vet Mr Skinner is now taking the battle against wormer resistance one step further.

As part of a research project funded by the AHDB/Signet and the Organic Research Council, Mr Skinner will be one of four Romney breeders in Kent to start using salivary IgA testing this summer to select for resistance to the telodorsagia worm (formerly known as ostertagia).

The four farmers are part of the Romney High-Index Scheme, which already involves full performance recording and a ram exchange system.

The salivary test detects the antibody immunoglobulin A (IgA), which is produced by white blood cells.

IgA in the gut recognises molecules on the surface of parasitic worms and binds to them, preventing maturation of larvae and reducing parasite growth and fecundity.

There is a correlation between the amount of IgA in saliva and the gut, so a mouth swab can give a good indication of gut levels.

It is believed there is an inverse relationship between FEC and growth rate, because animals are using protein and energy to fight infection.

Meanwhile, a high IgA response is not thought to have any effect on production traits, so it looks like a better trait to select for.

Additionally, a faecal egg count purely demonstrates the egg output expelled to pasture, but an IgA measurement shows if an animal is genetically more resistant to the parasites.

While the IgA test measures for one particular worm, it appears to indicate for other brown worms too.

“There is a line of thought, not yet proven, that suggests high IgA levels in a sheep may be an indicator of resistance to several diseases, not just to worms,” Mr Skinner says, although he stresses this level of detail is still a way off.

The salivary testing is a simple process that costs about £2.50 a head, much less than FEC testing the whole flock, which costs Mr Skinner about £6.50 a head.

Using forceps, a dental swab needs to be run around the inside of the animal’s cheek for about 10 seconds and then placed in a clean sample pot, sealed and labelled.

Mr Skinner’s test samples will be sent to a laboratory at the University of Glasgow, which has already been working on a similar project with Lleyn sheep producers to establish an IgA EBV. 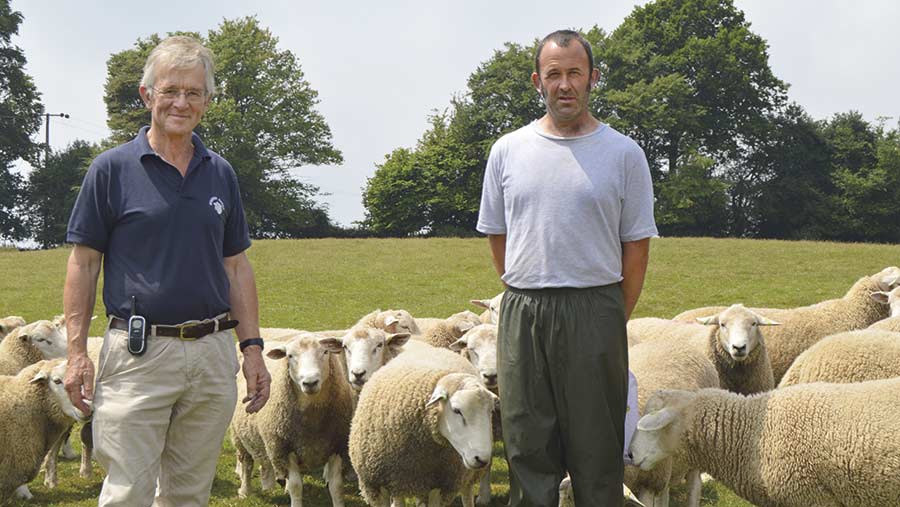 Mr Skinner says “the ultimate goal is to produce a ewe that is productive and sustainable and has good resistance to disease”.

In the shorter term, he will be able to use the data from this year’s test for ram selection this autumn and then assess the FECs and IgA EBVs of progeny next year.

In time, it is possible IgA EBVs could replace the FEC measurements as a more accurate indicator and a more positive breeding trait, but the two EBVs will have to be analysed to see how they affect overall indexes of the animals.

Farmers Weekly will be catching up with the RHIS members in the autumn to get an update on the progress of the project.