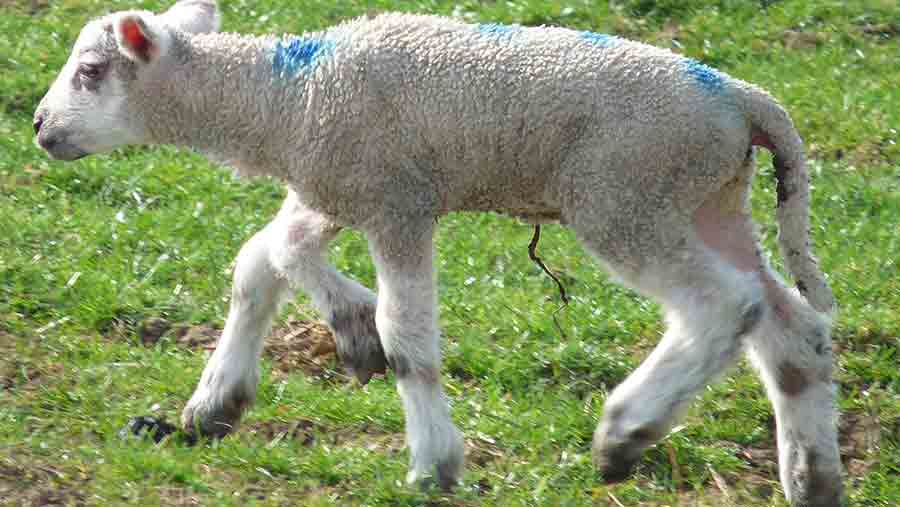 Livestock producers are being urged to submit youngstock with suspected Schmallenberg virus (SBV) for post-mortem examination as the number of confirmed cases of the disease grows.

The disease has been detected in lambs on holdings in the North East of England, as well as in North Yorkshire, Wales, the South East and South West.

“It is very important that, if producers encounter lambs with skeletal deformities, these are submitted for post-mortem examination so that appropriate samples can be taken to establish whether Schmallenberg is the cause.

“The best advice for producers is to contact their vet, who can provide information on the best way to arrange a post-mortem.

“Blood sampling of ewes which have affected lambs is also useful. Younger sheep may be most at risk as older ones may be immune from previous exposure to the virus,” he adds.

She says: “A PD session found 11 of 22 heifers empty: all 11 were positive for SBV, and yearling bloods run by our local lab have been positive, indicating SBV activity this year.

“One farm had two deformed calves delivered by caesarean on consecutive days; we are seeing lower PD+ rates, and heifers reabsorbing.”

She suggests farmers consider repeat PDs and look for bulling.

At present there are no vaccines available for Schmallenberg.

Mr Strugnell adds: “However, it is important that we ascertain the true levels of the virus, because this will help determine whether there is a need to vaccinate later in the year.”

Schmallenberg is transmitted by midges – but not animal to animal – and when pregnant sheep and cattle are bitten by an infected midge it can cause severe malformations of foetuses in the womb.

The disease emerged across Western Europe in November 2011. By July 2013, calves, lambs and kids with severe skeletal deformities had been reported in at least 24 European countries.

No cases (or very few cases) of Schmallenberg virus causing deformed calves or lambs were confirmed in 2014 or 2015, possibly as a result of immunity built up by animals following the 2011/12 epidemic.

What are its effects?

Symptoms are quite generic, but usually affect a number of animals in a flock or herd. Clinical symptoms usually disappear after a few days, but can include:

Abortions and congenital deformities have been reported following recovery of infected animals. Affected new-born animals may have limb and brain defects.

In severe cases, limbs and spines may be twisted. Calves and lambs may also be weak and/or blind and appear like “dummies”.

The virus can cause dramatic changes in the brain.