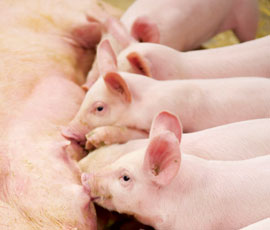 Plans to create one of the UK’s largest pig farms at a site in Derbyshire have suffered a setback after council officials upheld an objection to the 2,500-sow unit.

South Derbyshire District Council voted at a meeting on 25 June to maintain its opposition to the proposals for the development near to the village of Foston.

It is the latest episode in a four-year long battle with nearby residents, who are concerned the farm would create pollution and become a risk to health.

Their campaign has won the backing of the Soil Association. Its policy director Peter Melchett said; “We welcome the decision from South Derbyshire District Council to oppose the proposed pig factory at Foston. The Soil Association opposed this large-scale, intensive pig farm due to the human health effects this particular farming system could have on the local community.

“The solution [to a sustainable food supply] is not to create huge-scale intensive operations that threaten our landscape, farming and rural communities. Large-scale industrial farms may be able to produce food a little more cheaply in the short term, mostly through reducing the number and cost of people employed, as automation diminishes the need for husbandry skills. But we will end up paying a high price for what may be marginally cheaper food.”

But the farming company behind the proposals, Midland Pig Producers, rejected the campaigners’ claims and said it would continue with its plans to develop the site.

A spokeswoman for MPP said: “We are aware that South Derbyshire District Council rejected our amended plans for a pig farm at Foston, but we are not surprised at the outcome.

“The decision whether to grant the planning application is that of Derbyshire County Council and SDDC’s recommendations are only part of the process.”

The spokeswoman added: “We are aware that a handful of local people are opposing the plans, but the vast majority of those objecting are not local residents. As we have pointed out previously, we have never expected to have the support of those activists who do not eat meat.

“We are currently ensuring that Derbyshire County Council has all the information it needs in order to make its decision.”