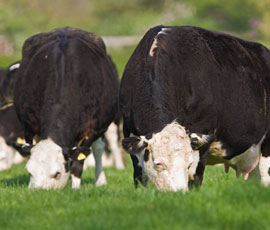 Continued wet weather in the UK has seen rumen fluke creeping in to Scotland and Wales, according to scientists.

Rumen fluke is rarely seen in the UK, however, a wet spring has meant perfect weather conditions for the host water snail leading to a rise in cases, explained senior scientist at Moredun, Philip Skuce.

“Almost 40% of cattle and sheep in Northern and Southern Ireland carry rumen fluke, but it hasn’t traditionally been a problem on the mainland UK. However, changing weather patterns and a wet spring could be changing that,” he said.

Rumen fluke is different to liver fluke in the fact its host is the water snail and not the mud snail. However, symptoms are similar, which means it could be misdiagnosed for liver fluke.

Sheep and cattle can tolerate adult fluke in the rumen, but it is the juvenile fluke in the intestine which cause clinical symptoms, with liver and rumen fluke also able to exist together, added Dr Skuce.

“However, one of the big issues is the fact that routine liver fluke treatments don’t tend to be effective against rumen fluke. The active ingredient oxyclozanide is the only ingredient that will kill rumen fluke,” he said.

Dr Skuce urged people to know which species of fluke they were dealing with by testing. “If you are taking faecal egg counts then it’s important to know that the eggs of rumen and liver fluke look very similar. So if you are unsure what you are dealing with get a lab to test it such as SAC or AHVLA.”