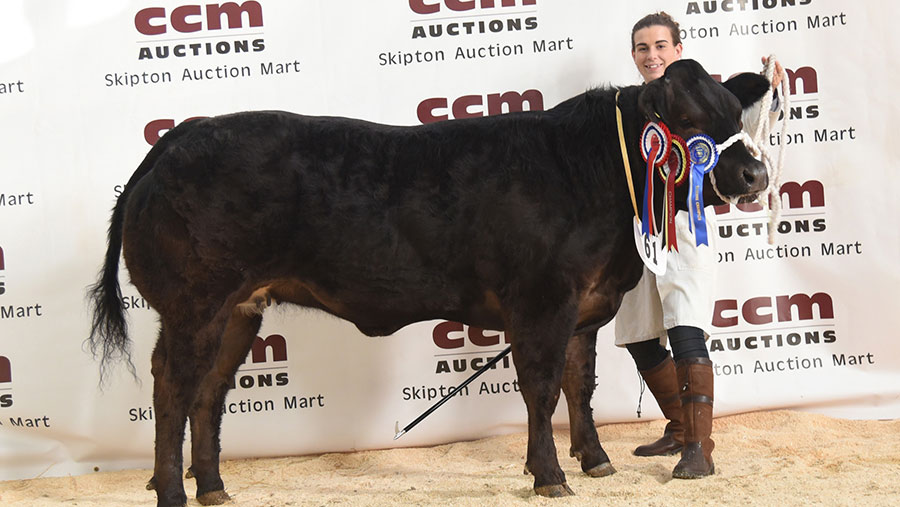 Sheep donated to Skipton Auction Mart have helped raise £2,240 for young farmers in memory of a much-loved Cumbrian young farmer and stockman.

Hannah Brown’s untimely death in March this year, at the age of just 26, left the farming community in deep shock.

Hannah was a well-known and highly respected figure at Skipton, initially when growing up with her parents – mart regulars and multiple prime lamb champions Martin and Val Brown – when they farmed in Newton-le-Willows, in the Richmondshire district of North Yorkshire.

She later found success in her own right as both a breeder and show winner.

Hannah moved to Dufton, near Appleby in Cumbria, in 2019 to live with her farming fiance, Ben Richardson. Last August, the couple had a daughter, Millie, now nine months old.

The lambs were sold during Skipton Auction Mart’s annual May breeding sheep highlight on 4 May.

Proceeds were sent to Eden Valley Young Farmers’ Club (YFC),  in Appleby-in-Westmorland, where it is hoped baby Millie will eventually one day follow in her mum’s footsteps by becoming a member. 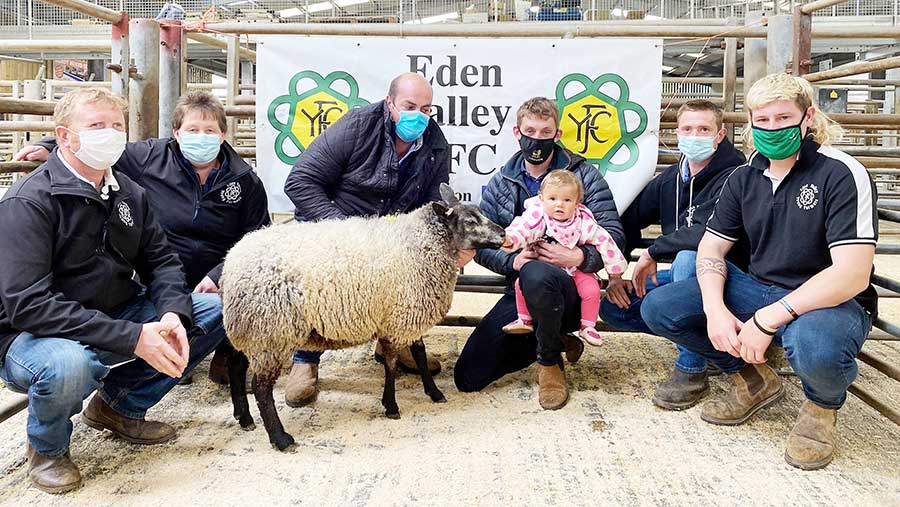 First into the sale ring was a Blue Texel gimmer hogg from Hywel Williams, of Llanddeusant in Carmarthenshire, a regular exhibitor and vendor at the annual fixture. It realised £1,360 after being sold, re-offered then resold no less than five times in total.

Second up was a Swaledale ewe with single lamb donated by Richard Lancaster, of Clitheroe, which sold three times for £880 in total.

All expressed their sincere and heartfelt thanks for the overwhelming generosity of everyone concerned, notably Messrs Williams and Lancaster for kindly donating the sheep and the multiple successful bidders.

Hannah died at Cumberland Infirmary, in Carlisle, on 23 March after an unspecified illness. In an obituary in the Cumberland and Westmorland Herald, fiance Ben said Hannah “lit up a room when she walked in” and her father Martin described her as a “proper Yorkshire lass”.