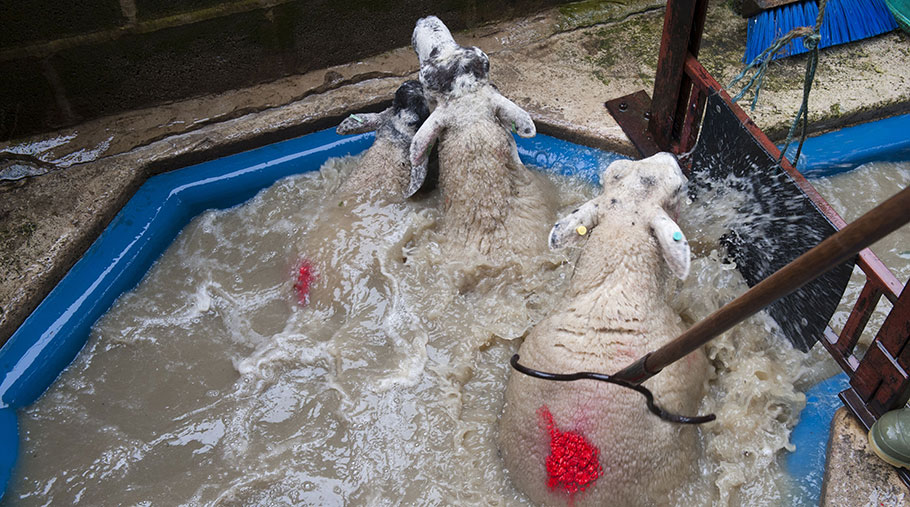 Farm leaders are urging the government to reconsider its decision to increase the costs of sheep dip disposal permits, which have seen increases of up to 590%.

Figures, obtained by the NFU through a Freedom of Information request, show that more than £1,150 (43%) of new permit application costs are tied up with indirect expenses such as IT, head office and legal charges.

A cross-industry group, which includes the NFU and the National Sheep Association (NSA), has written to Defra to express its concern and criticise the lack of engagement with farmers and industry following the consultation.

It also calls for the Environment Agency (EA) and Defra to enter productive discussions with industry urgently, with a pledge to review alternative options for sheep dip disposal and better manage the costs of the permits.

NFU livestock board chairman Richard Findlay said: “It’s disappointing that through the EA and other government bodies we’ve been unable to resolve this situation.

“If this situation continues, I believe there could be serious implications for the long-term health and welfare of our sheep.

“We need a solution that recognises we must minimise our environmental impact but do so in a way that improves our animals’ health and welfare. We urgently need a joined-up approach across Defra.”

NSA chief executive Phil Stocker said: “The situation for farmers is they are faced with a sharply increased cost and have no choice but to pay to ensure the welfare of their animals. This decision needs quick and serious consideration from government – we’re still awaiting a response to our concerns.”

The EA launched a consultation on how to modify the permit costs last year, which ended in January. The new charges came into effect in April.

The agency has defended its new charges, stating they better reflected the true costs of determining permits and monitoring compliance.

They reflect the amount of regulatory effort needed at a site and will allow the agency to invest further in its permitting service, the EA said.