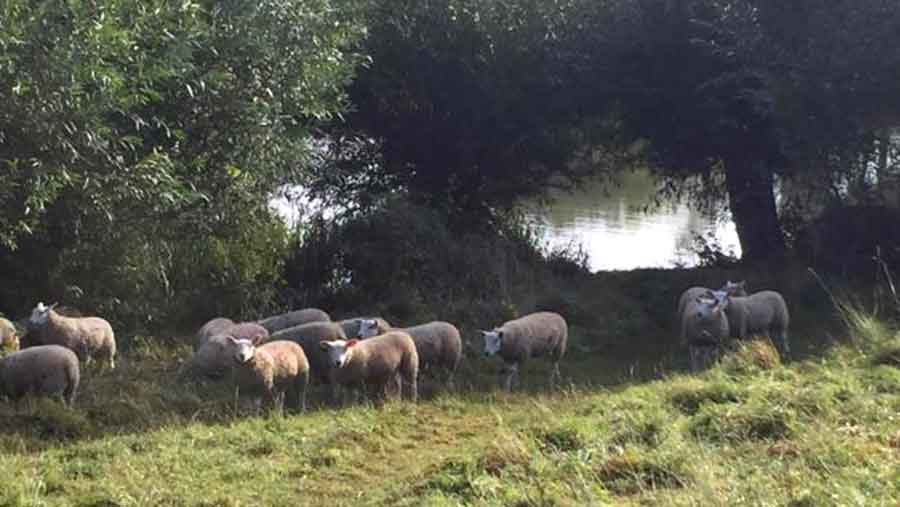 Six sheep drowned after they were chased into a river by a loose dog in Oxfordshire.

The animals were pulled from the River Thames on the Earth Trust Farm, in Church Meadow, Little Wittenham, Abingdon, on Thursday (8 September).

Five sheep were lifeless and a sixth died from shock and water inhalation overnight Thursday.

Two hundred sheep and 25 cows currently graze the field, at the foot of the Wittenham Clumps.

Shepherd Emma Blomfield, a tenant farmer who owns the flock, said she was “devastated to have lost so many animals in the one day”.

She added: “I’m absolutely gutted. The sheep have been so happy grazing in Church Meadow over the last week – I’ve often found them hiding in the bushes and exploring the scrub.

“It’s not the dog’s fault, I like dogs, but owners need to be more vigilant when walking through livestock as situations with even the most well-behaved dog can escalate quickly.”

The sheep are moved around the farm to graze on different wildflower meadows throughout the year, providing vital habitat management along with a viable lamb business.

Sad news: 6 sheep have drowned after being chased into the river by a dog. Read the full story: https://t.co/bG86fRvbsk #dogsonleads

Chris Parker, farm manager at the Earth Trust, appealed to dog owners to keep their animals on a lead around sheep and other animals.

“It’s very distressing to see animals killed in this way, especially when the accident was completely avoidable,” he said.

“There are signs at every entrance to the meadow asking dog owners to keep their dogs on a lead whilst sheep are in this field.

This is the second time in a week that sheep have been pulled from the river after being chased by dogs and, sadly, this time there were tragic consequences.”